Justice Alito said that he was very much looking forward to visiting the conference, but he could not. Here was my best effort to transcribe what he said:

Unfortunately personal attendance became impractical, and I apologize for everyone for the change in plans. 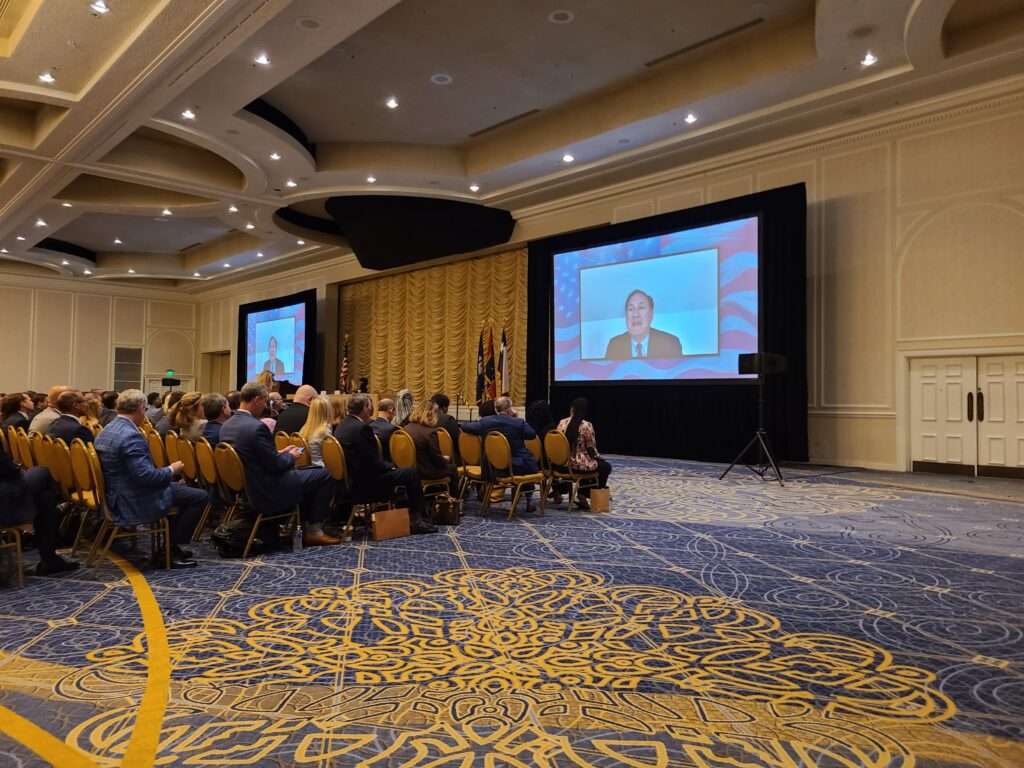 I pray that Justice Alito and his colleagues stay safe.

For those curious, the Fifth Circuit is holding its conference in Nashville because, apparently, there are no facilities large enough in Mississippi to host this confab.

Update: I have since been reliably informed that judicial conferences are not held in Mississippi for another reason: all of the hotels large enough in the state are attached to casinos, and some rule prohibits holding judicial functions in places attached to casinos. As a result, several hotels in Mississippi are large enough, but due to the casinos, none are not suitable.

Remembering the Great Pizza Funeral of 1973