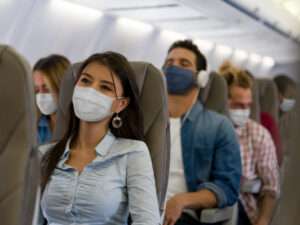 The above analysis is very thorough. But I remain skeptical. The broader definition of "sanitation" strikes me as more intuitive and more in accordance with ordinary usage than the narrow one. Among other things, the narrow definition would lead to some counterintuitive results. For example, if the CDC enacted a regulation barring defecation on the floor of a plane or train, that would not qualify as "sanitation" under Judge Mizelle's approach because it does not clean anything, but merely "keep[s] something clean" (in this case, the floor). Yet, I think, most ordinary people – both today and in 1944 – would agree that a ban on defecating on the floor qualifies as a "sanitation" policy. And, as Judge Mizelle notes, courts are generally required to follow the ordinary meaning of words in a federal statute, unless there is some strong evidence to the contrary.

The canon against redundancy is a longstanding rule of interpretation, and it does seem like the broad definition of "sanitation" might make "disinfection," destruction," and "fumigation" redundant. But I'm not sure that a plausible definition of  sanitation broad enough to include the mask order must necessarily be so broad as to render the other terms superfluous. "Sanitation" could be interpreted to refer to ordinary cleaning measures – both those that "remove refuse and debris" and those that help prevent it from arising in the first place (as with the rule against defecation!). By contrast, terms like "fumigation" and "disinfection" might refer to the use of chemical agents and other more sophisticated techniques to forestall (in the case of "fumigation") or eliminate (in the case of "disinfection") infection. "Destruction" also has a distinct meaning, of course, as even a broad definition of the other terms doesn't necessarily allow complete destruction of possibly dangerous articles.

At times, Judge Mizelle's opinion reads as if she is taking a kitchen sink approach to defending her ruling – throwing out every argument she can, good, bad, or indifferent. This strategy makes sense in high school debate, and perhaps for some legal briefs. But it isn't a good idea for judges ruling on a case, especially an important one.

Remembering the Great Pizza Funeral of 1973