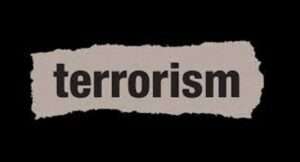 Verfassungsblog, a German website focused on issues in constitutional law and legal theory, has published my article, "Does the Threat of Terrorism Justify Migration Restrictions?" Here is an excerpt:

Since the beginning of the War on Terror in 2001, and especially since the rise of ISIS and the Syrian Civil War, beginning in 2011, Western nations have adopted various policies barring migrants and refugees based on fear of terrorism and other security threats. These range from US President Donald Trump's anti-Muslim travel bans to restrictions adopted by various European countries in the wake of the Syrian refugee crisis of 2015.

As I write these words in March 2022, European nations have adopted a much more open attitude towards refugees fleeing Russia's brutal invasion of Ukraine. But a similar anti-migrant backlash could potentially occur in this case, as well, especially if the crisis goes on for a long time.

In both Europe and the United States, fears of terrorism and violence have been exploited by anti-immigrant nationalist political movements….

Concerns about terrorism are, to some extent, understandable. But the actual risk of terrorism caused by migrants is extremely low. And that risk can be mitigated by methods other than barring large numbers of refugees fleeing horrific violence and oppression. Indeed, accepting such refugees can actually help combat terrorism more than further it…. Barring migrants for the sake of achieving marginal reductions of already very low risks might be justified if restrictions imposed few or no morally significant costs. But, in fact, barring migrants fleeing oppression and war is a grave wrong. It inflicts enormous harm, violates human rights against unjust discrimination, and is also inimical to concepts of dignity prominent in modern European and international law jurisprudence….

The rest of the article defends the above points in detail, based on both moral considerations empirical evidence from  Europe and the United States. While we cannot conclude that terrorism risks could never justify migration restrictions, there should be a strong presumption against such measures.

Parts of the article are adapted from my book Free to Move: Foot Voting, Migration and Political Freedom, which is now out in a revised paperback edition.