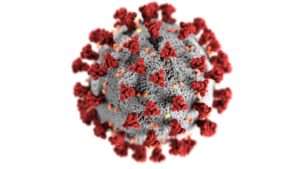 Today the Cato Institute posted my paper making the case against Covid-19 migration restrictions. The paper is in part based on a section of the revised edition of my book Free to Move: Foot Voting, Migration, and Political Freedom. Here is an excerpt:

The possibility that free migration could exacerbate the spread of COVID-19 has caused many nations to enact severe restrictions on both international migration and domestic freedom of movement. Unfortunately, these restrictions have done little to stop the spread of the disease while inflicting enormous harm on hundreds of thousands of innocent people. In some respects, they even make the spread of disease worse. In the long run, migration restrictions also curtail the scientific and medical innovation that we need to protect against future pandemics and other health threats….

Pandemic‐​related migration restrictions have inflicted immense suffering on people fleeing violence, poverty, and oppression, including refugees escaping Cuba, Venezuela, and Haiti. Many of those barred under the Trump and Biden administrations' Title 42 "public health" expulsions and other policies may be condemned to a lifetime of privation or even death. Pandemic‐​era migration restrictions have also cut off large numbers of people from job opportunities, contact with their families, and much else.

There is little doubt that COVID-19 is a genuinely dangerous public health threat. Millions have died in nations around the world. Travel bans have not done much to slow its spread, especially when there is already extensive "community spread" in the destination country. Then-president Donald Trump's imposition of the most severe immigration restrictions in all of U.S. history did not prevent COVID-19 from establishing itself in the United States and killing well over 800,000 people as of January 2022….

Any public health benefits of restricting migration must be weighed against the enormous costs—including slowing technological innovation that could help us combat future pandemics and other health threats. In the long run, immigration boosts innovations that make combating pandemics (and other health risks) easier. For example, the Moderna and Pfizer COVID-19 vaccines—the first two approved by U.S. regulatory authorities—were both developed by firms led by immigrants or children of immigrants from poor nations who probably could not have made their vital contributions to these medical breakthroughs had they or their parents been forced to live out their lives in their countries of origin. More generally, immigrants to the United States and Europe make disproportionate contributions to a variety of medical, scientific, and technological innovations, and present immigration restrictions block many additional advances…

In theory, governments could potentially impose very brief travel and migration bans when a potentially dangerous new variant is detected, just long enough to do some useful research and preparation or to temporarily assuage public fears until panic diminishes. Governments could then remove the ban once it no longer meaningfully constrains the spread of the disease. Governments also could let in "extra" migrants after a suspension of migration to make up for the reduction during the restriction period. That might, perhaps, work with well‐​informed "benevolent despot" governments, which are immune to political pressure and always scrupulously weigh costs and benefits. But wise benevolent despots are in short supply. In the real world, governments rarely have good information when a new disease or variant first emerges and rarely adopt the most targeted response….

Similarly, there is little reason to expect that governments will take "extra" immigrants to make up for pandemic‐​era shortfalls. Certainly nothing of the kind has occurred in the United States or other nations that adopted severe migration restrictions during the COVID-19 crisis.

The paper also discusses possible "keyhole solutions" that are less harmful than migration restrictions and likely to be more effective in limiting the spread of deadly disease across borders.