This evening, the Heritage Foundation and the C. Boyden Gray Center for the Study of the Administrative State at Antonin Scalia Law School hosted a night to remember. We celebrated Justice Thomas's thirtieth anniversary on the bench. It was truly a star-studded affair. 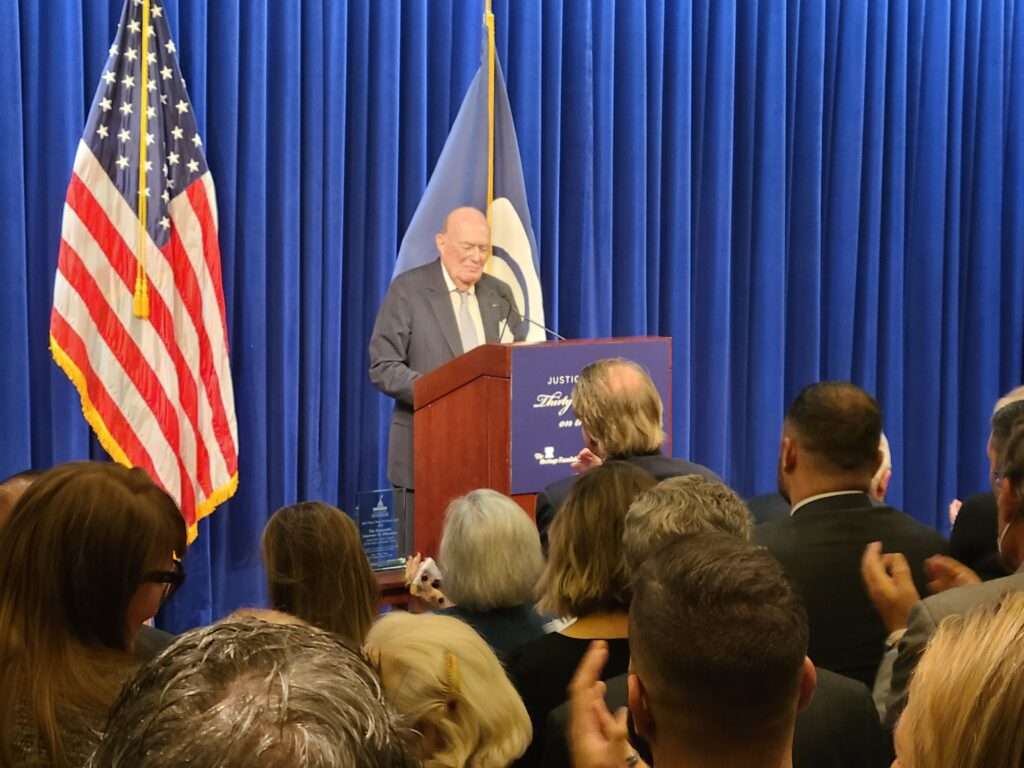 Second, former White House Counsel Don McGahn introduced Senator Mitch McConnell. I did not know that McConnell wrote his law review student note on the judicial confirmation process. McConnell also joked that we should appoint more judges who sit in the bathtub during their confirmation votes. Thomas bellowed a hearty laugh. 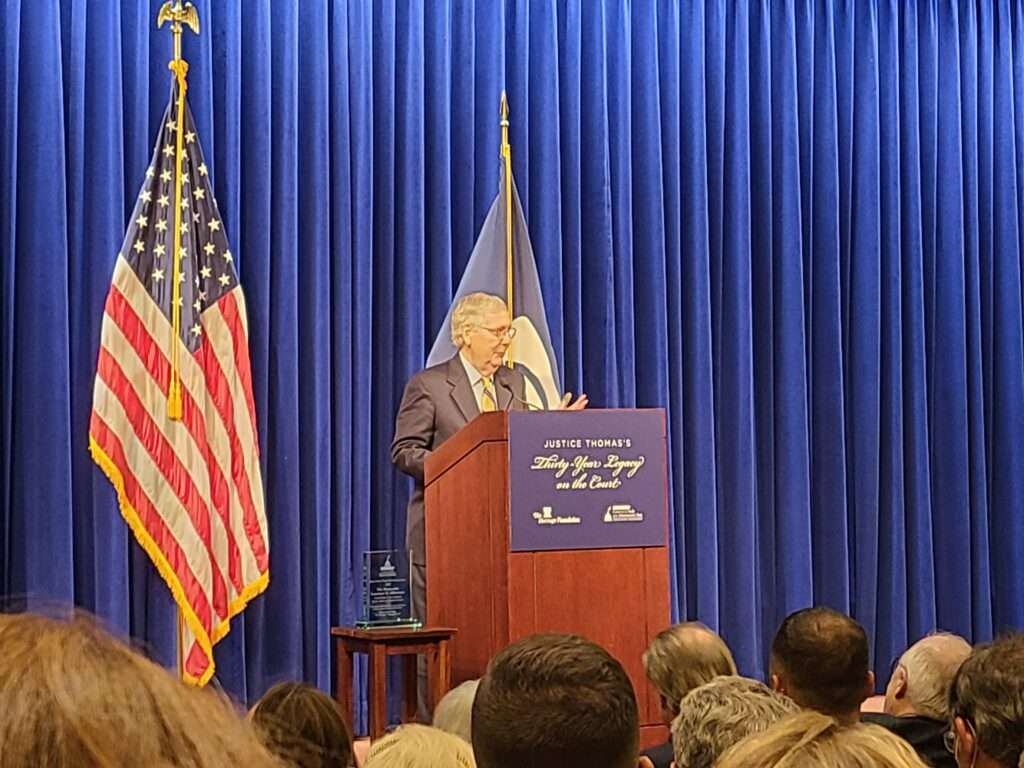 Third, the highlight of the night were remarks from Justice Thomas. He was absolutely beaming with happiness. The room was full of his former clerks--or as he calls them, his "kids." Many of his clerks became federal judges, and served in the highest ranks of government. Earlier in the day, many of his former clerks spoke on several panels about Thomas's jurisprudence. 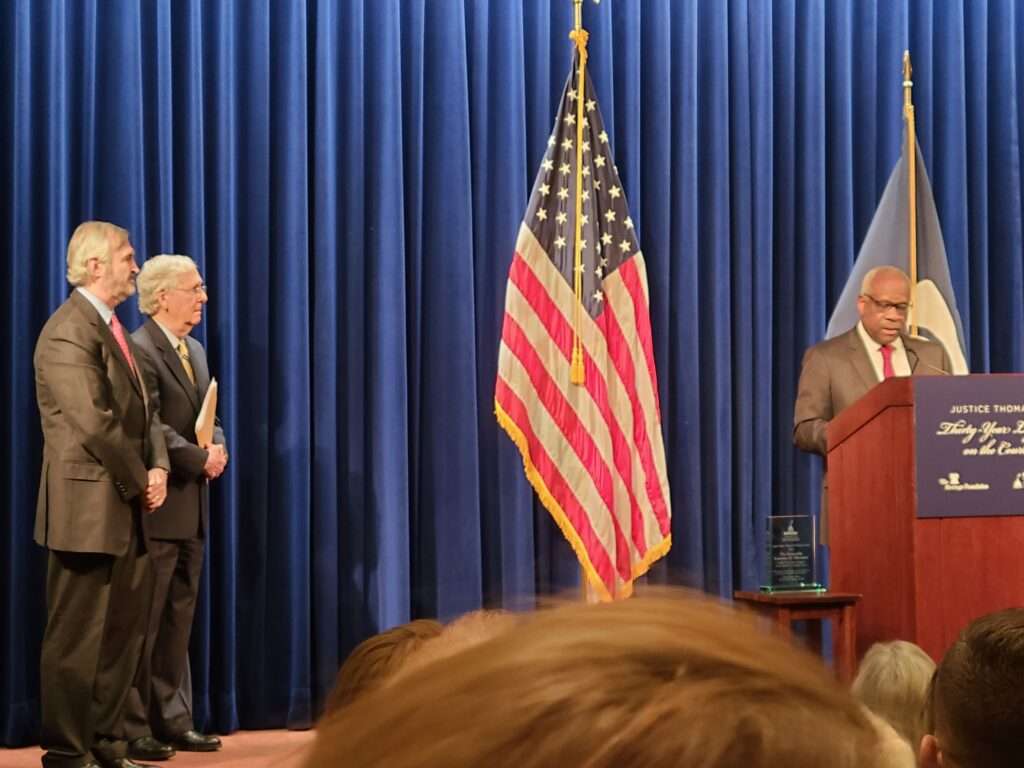 The reception was also packed with luminaries. Attorney General Meese was present, and he was sharp as ever. He vigorously applauded when McConnell assailed Roe v. Wade. (I think Meese is a fairly good litmus test of the Reagan revolution). And Judge James Buckley walked into the reception and had a glass of wine. Yes, the Buckley from Buckley v. Valeo. I don't get star-stuck easily, but I got star-struck when I shook Judge Buckley's hand. I mentioned that I always teach his case in First Amendment, and he made a comment about the partisans that tried to shut him down. What a great American.

Kudos to John Malcolm and Jenn Mascott, as well as everyone at Heritage and the Gray Center, for organizing such an amazing event. 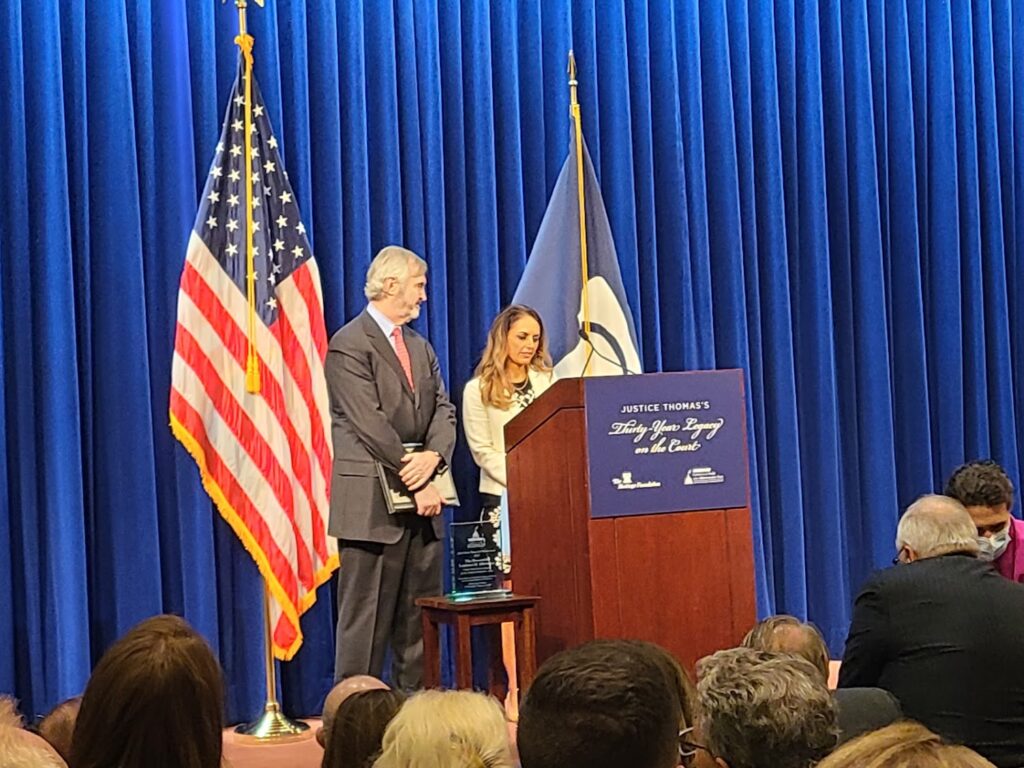 You can watch the event here: