Today, a Seventh Circuit panel, per Judge Easterbrook, upheld Indiana University's vaccine mandate. (Eugene blogged about it here). The Court distinguished the school-wide mandate at issue in Indiana with the population-wide mandate in Jacobson:

Second, Indiana does not require every adult member of the public to be vaccinated, as Massachusetts did in Jacobson. Vaccination is instead a condition of attending Indiana University. People who do not want to be vaccinated may go elsewhere.

More than a century ago, Henning Jacobson agreed. He argued before the Supreme Court that school-wide vaccine mandates are permissible, because schools can choose who attend. By contrast, Jacobson argued against the population-wide mandate.

Here an excerpt from his brief: 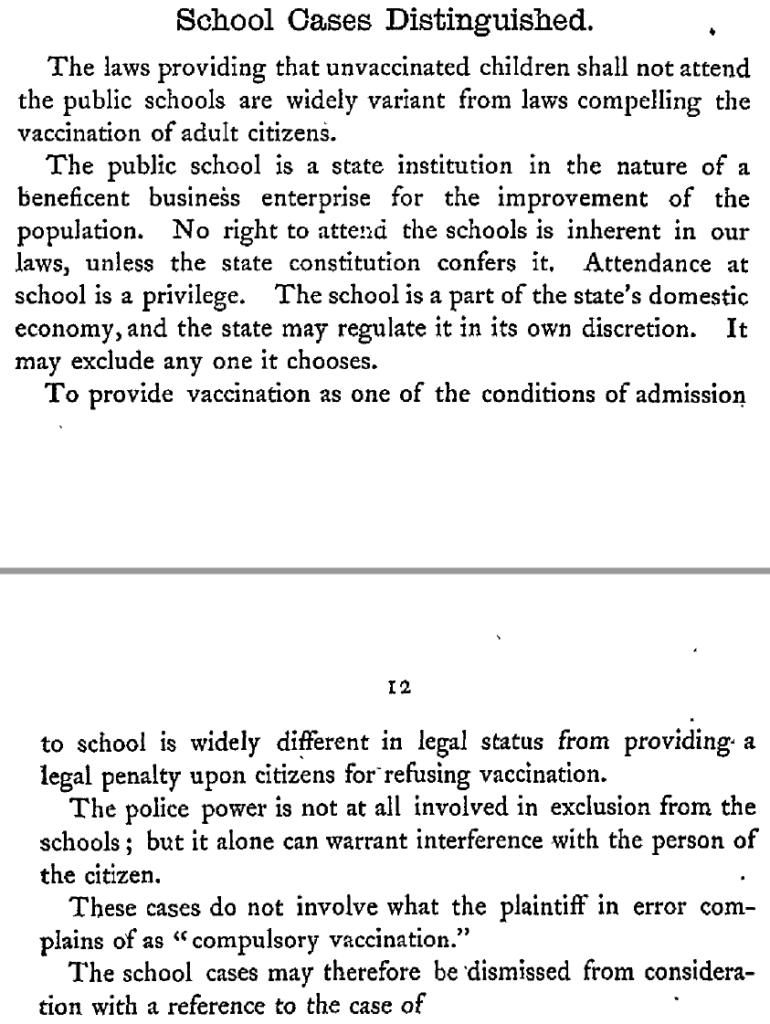 Stay tuned for more, from my forthcoming article, The Irrepressible Myth of Jacobson v. Massachusetts.