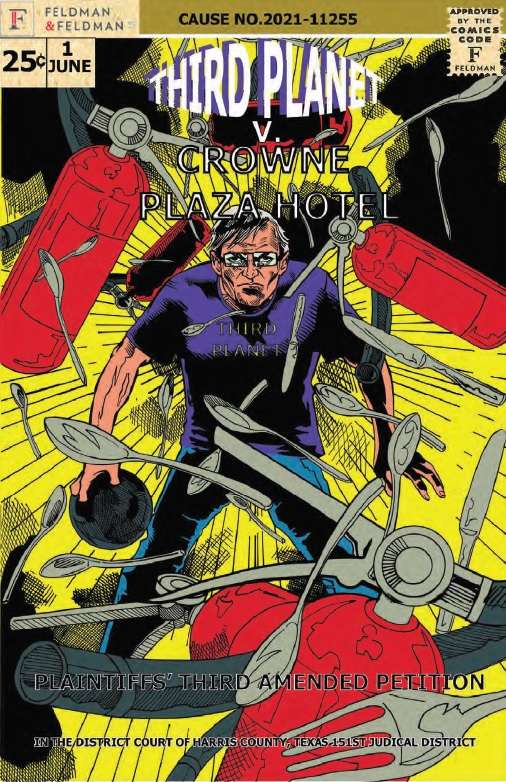 23. Defendant, Pacifica has previously filed special exceptions, complaining that it could not sufficiently understand the claims and allegations against it. To aid in clarifying the facts of this case, plaintiffs provide the facts in illustrated form.

As you might gather, this sort of filing can be risky, if the judge thinks it's undignified or just a waste of time. On the other hand, it's the Third Amended Complaint, so they know who the judge is (Judge Mike Engelhart), and presumably know something about his sensibilities; I take it they have a good sense whether he'll be amused. Plus they doubtless expected this to lead to publicity (I read about this on law.com [Angela Morris], and I expect other outlets have picked it up), and presumably they've concluded that the publicity will be valuable to their client.