Today, we hosted the championship round. We had an all-Ohio panel in honor of our partnership with Ashbrook. Presiding over the match were Judges Batchelder and Readler from the Sixth Circuit, and Justice Fischer from the Ohio Supreme Court.

The winning team was from Frisco CTE Center in Frisco, Texas (Anita Ashok and Kashish Bastola). And the runner-up team was from BASIS Peoria in Peoria, Arizona (Senou Kounouho and Ayaan Siddiqui). Picking a winner was really tough. The scores were very close, and there was a split decision. Further praise is warranted for Senou, who was the best oralist. 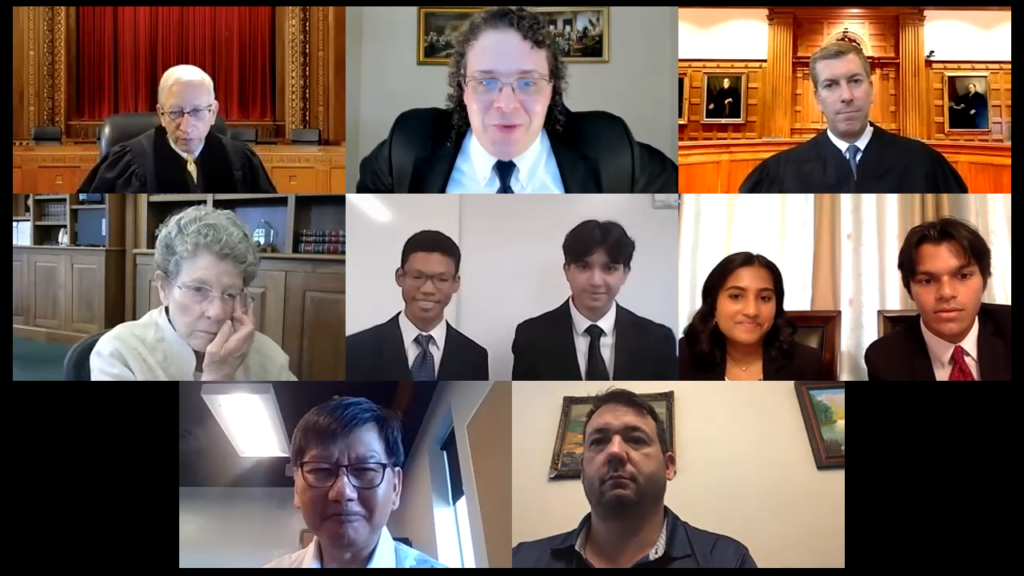 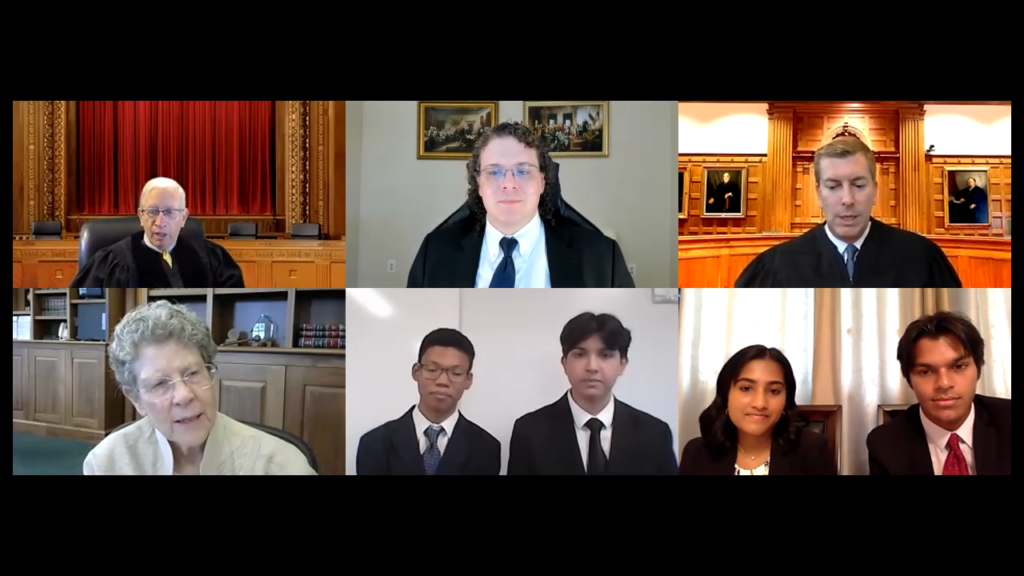 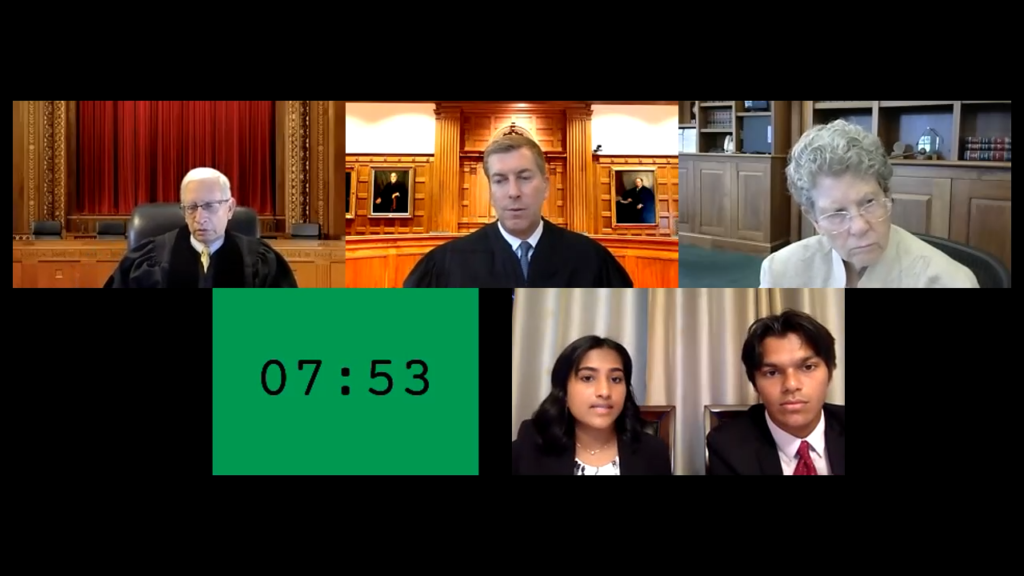 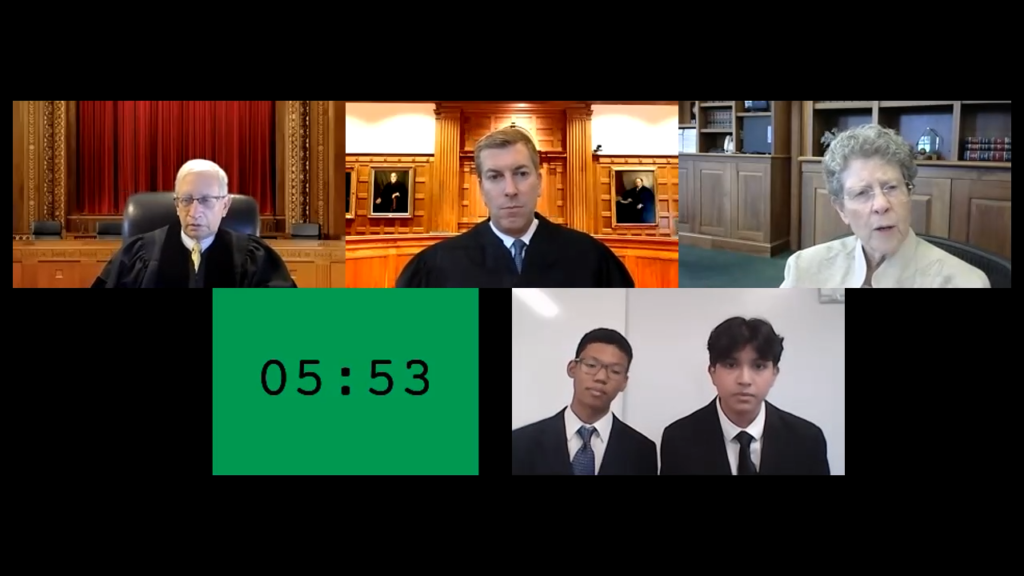 Watching these bright young students gives me hope for the future of our republic. We hope to launch the next competition earlier than usual, in August or September. If you are interested in volunteering, please reach out to me.