I wrote about this several months ago, but several states have gone stand-your-ground since then—Ohio, Arkansas, and now North Dakota—so I thought I'd repeat it. [UPDATE: For more about a twist on the duty to retreat, the duty to comply with negative demands, see this follow-up post.]

[A.] The "duty to retreat" is something of a misnomer (though a very common one); it's not actually a legally binding duty (the way a parent has a duty to support a minor child, or a driver has a duty to exercise reasonable care while driving). Rather, it's a provision that, under certain circumstances, failing to retreat from a confrontation will effectively strip you of your right to use deadly force for self-defense.

To see how it works, let's first set aside situations where you may not use deadly force for self-defense regardless of whether you're in a stand your ground state:

Now let's set aside situations where you may use deadly force for self-defense, again regardless of whether you're in a stand your ground state:

So what does that leave for the duty-to-retreat / stand-your-ground debate?

As best I can tell, the current rule is that 12 states fall in the duty to retreat category, with the states being bunched up quite a bit geographically; the other 38 states are stand your ground: 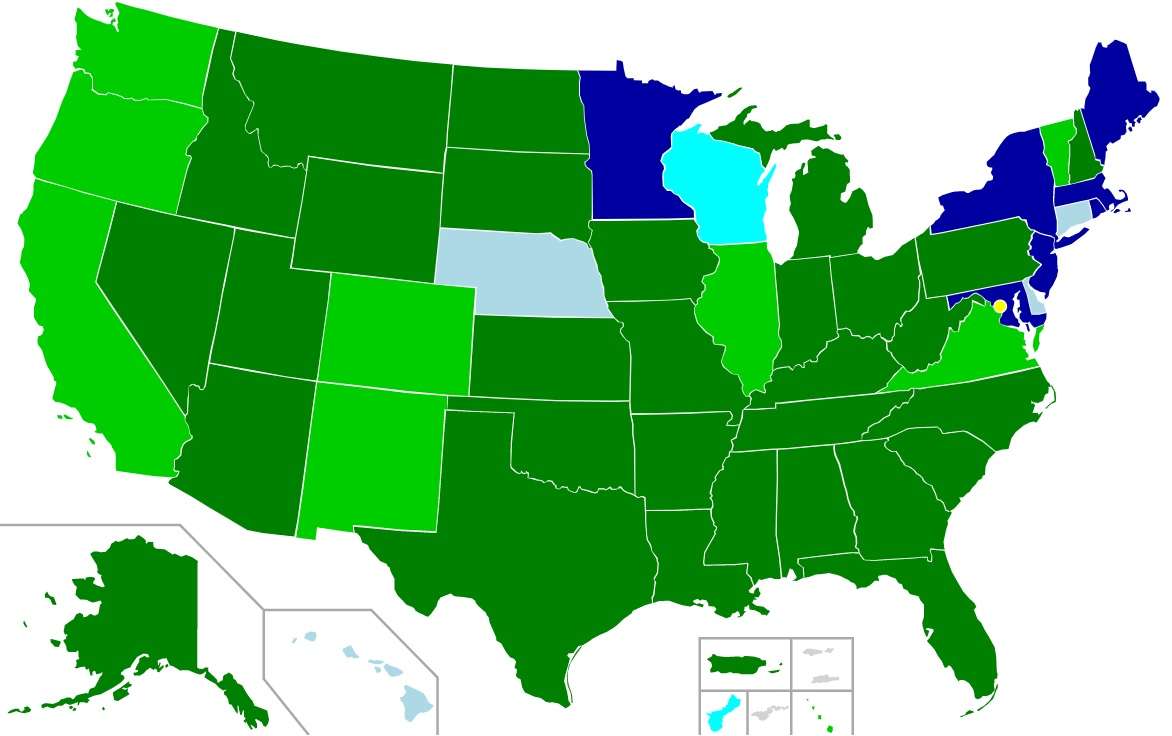 Pennsylvania imposes a duty to retreat only when faced with an attacker who isn't displaying or using a weapon "readily or apparently capable of lethal use." Since it's rare to have a threat of death or serious bodily injury (remember, you generally can't use deadly force without such a threat) in the absence of such weapons, or of physical restraint that prevents a safe retreat, I view the Pennsylvania rule as being more on the stand-your-ground side.

The rule in federal cases seems to be ambiguous, and it is in D.C. as well. The D.C. formulation, for instance, is a "middle ground." The law "imposes no duty to retreat, as it recognizes that, when faced with a real or apparent threat of serious bodily harm or death itself, the average person lacks the ability to reason in a restrained manner how best to save himself and whether it is safe to retreat." But it "does permit the jury to consider whether a defendant, if he safely could have avoided further encounter by stepping back or walking away, was actually or apparently in imminent danger of bodily harm." Query what exactly that means.

Still, I think this reflects the general pattern: