We are now two weeks removed from the Senate impeachment trial. Already, that enervating saga has faded into our polity's rear-view mirror. I hope that this distance provides an opportunity for calm reflection on the legal arguments raised in those proceedings. Specifically, I'd like to address the First Amendment and the impeachment process.

My Lawfare series caused a stir. Critics argued that the Constitution does not limit the impeachment process: Congress could impeach the President for just about any reason—even if the President was complying with the Constitution. Other critics accepted my general premise, but countered that Trump's conduct was not consistent with the Constitution. Still, I did not think my position was frivolous. I wrote that the 1868 impeachment trial of Andrew Johnson implicated the freedom of speech. At the time, I didn't dig through the records, but I presumed that Johnson's acquittal was based, at least in part, on the First Amendment.

My presumption was correct. Several prominent Senators stated that the President has First Amendment rights, and that the Senate could not convict the President for exercising those rights. The views of these Senators were not monolithic. But we are not dealing with a judicial proceeding in which there is a single decision-maker who reaches a single final answer to a constitutional question. Different senators expressed different views. But the position I held was held at least since the 1860s.

My position may be right or wrong, but it cannot be frivolous. To say my position is frivolous is to charge with incompetence those who framed the Fourteenth Amendment. Indeed, the records of these debates have been carefully examined for more than 150 years. As far as I am aware, no one ever suggested that these members of Congress were wrong. Indeed, one prominent impeachment scholar favorably cited these sources. I encourage everyone to read Professor Kate Shaw's article, Impeachable Speech, in the Emory Law Journal. She suggested that the First Amendment, and the Brandenburg test in particular, could constrain the impeachment process. Professor Shaw published this article behind the proverbial veil of ignorance in mid-2020, long before January 6. Trump's lawyers favorably cited her work.

Before January 6, no one had ever argued that the views of these senators articulated during the first presidential impeachment trial were frivolous. What changed after January 6? This position did not suddenly become frivolous. Rather, this argument got in the way of a movement. And it had to be squashed. 150 scholars signed an incoherent statement that didn't even acknowledge the history from the Johnson impeachment. Yet, the press and the House Managers dutifully cited this letter as a definitive statement about the First Amendment.

The willingness to charge the Framers of the 14th Amendment with incompetence reminds me of a similar willingness to charge our first President with incompetence, or worse. To this day, the key to the Bastille hangs on the wall at Mt. Vernon. The Marquis de Lefayette gave that famous key, and a painting, to President Washington. Countless generations of scholars and schoolchildren have walked past that key. 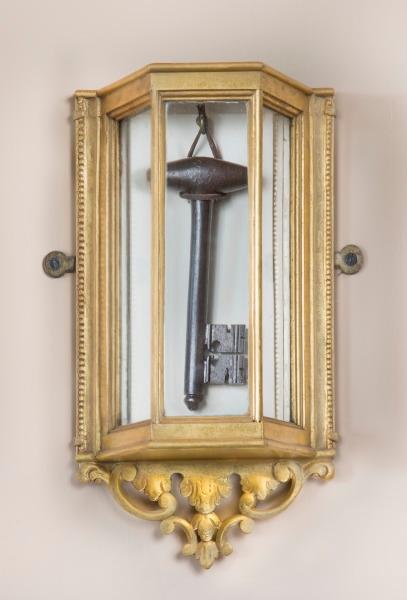 Until 2016, we are not aware that anyone suggested that Washington's acceptance of that foreign state gift violated the Foreign Emoluments Clause. Yet, after President Trump's elections, some people were content to suggest that our first President violated the Constitution he helped to define.

For some time, I have thought that the entire Constitution, including the First Amendment, constrains Congress' impeachment powers. My position became mightily inconvenient after January 6. But the Constitution often imposes inconvenient constraints. In his classic book about presidential impeachments, Grand Inquests, Chief Justice Rehnquist observed that, during times of conflict, "[p]rovisions in the Constitution for judicial independence, or provisions guaranteeing freedom of speech to the President as well as others, suddenly appear as obstacles to the accomplishment of the greater good." The Chief Justice was right.

Ron DeSantis Will Pardon COVID Violators. Why Stop There?

Building more and better energy infrastructure is the best guarantee against fuel and electricity disruptions.