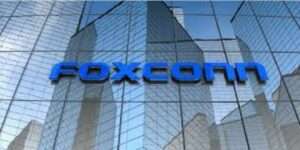 Back in 2017, politicians promised enormous economic benefits from condemning numerous homes in Mt. Pleasant, Wisconsin, in order to build a new factory for Foxconn, a Taiwanese electronics firm. Then-Wisconsin Governor Scott Walker said it would create numerous jobs, and helped push through a massive state subsidy for the project. President Donald Trump, who had a hand in the deal, said the factory would be the "eighth wonder of the world." The property was indeed taken, as planned (in some cases due to "voluntary" sales under the threat of eminent domain if the owners refused). Unfortunately, the promised economic benefits haven't been realized. A recent Guardian article summarizes this sad state of affairs:

When Sean McFarlane recently returned to the site where his lifelong home was demolished, he found in its place a retention pond and hundreds of geese perched on a hill.

The quiet scene came as a shock. The Wisconsin village of Mount Pleasant had effectively forced him, his girlfriend and four children from their home in 2017 to make way for a proposed 20m sq ft hi-tech plant owned by the Taiwanese electronics giant Foxconn, a plant Donald Trump had said would soon be the "eighth wonder of the world".

To make way for this "wonder", village officials temporarily placed the McFarlanes in a dilapidated vacant house with no working toilets or heat, then allegedly failed to meet the promised relocation payment of $22,000.

Three years later, the factory for which the family went through hell hasn't been built. Sitting in his wheelchair on an empty sidewalk in November, McFarlane sighed in disbelief as he scanned the vast patchwork of mud, open fields, ponds and a few underutilized buildings comprising the 3,000-acre Foxconn site.

"They demolished my house for this? A bunch of geese that sit on a hill?" McFarlane, 37, asked. "It's upsetting. That's where my old house was, and now it's just nothing. You know? Nothing."

Instead, the project imploded in slow motion. Few jobs have materialized and Foxconn has not submitted new construction plans in over a year. The LCD screens that were supposed to be made there aren't being built in its "factory", which is 20 times smaller than proposed and now zoned as "storage". After Foxconn failed to meet its job creation targets, Wisconsin's governor, Tony Evers, last month pulled a deal that would have handed the company nearly $4.5bn in incentives for completing its plans.

Reason's Zach Weissmuller has more details on this debacle here.

The outcome of the Foxconn project is sad, but far from surprising. As discussed in detail in my book The Grasping Hand: Kelo v. City of New London and the Limits of Eminent Domain, there is a long history of takings for private development failing to produce their promised economic benefits. Indeed, often they destroy more economic value than they create—as appears to have happened in this case, as well.

The geese occupying the site of Sean McFarlane's former home are sadly reminiscent of the feral cats who have become the only users of the property condemned in the famous Supreme Court case of Kelo v. City of New London, which ruled (mistakenly in my view) that seizing property for private development is a permissible "public use" under the Takings Clause of the Fifth Amendment.

It is not at all surprising that Donald Trump backed the Foxconn project, as he has a long history of supporting the use of eminent domain for private gain (including his own). More disappointing was the backing of Scott Walker and other GOP politicians who in other contexts claim to be defenders of free markets and property rights. Then-House Speaker Paul Ryan—who previously supported federal efforts to constrain economic development takings—refused to intervene to help the victims of the Foxconn condemnations, even though Mt. Pleasant was in his district.

In the wake of Kelo, many states passed reform laws constraining the use of eminent domain for private projects, and there is a growing recognition that local and state governments should not be trying to condemn their way to prosperity. But much remains to be done to address the problem of eminent domain abuse. I am guardedly optimistic that the Supreme Court might eventually overrule or at least limit Kelo. In the meantime, hopefully more people will learn the lessons of such debacles, and we can avoid future Foxconns and Kelos.