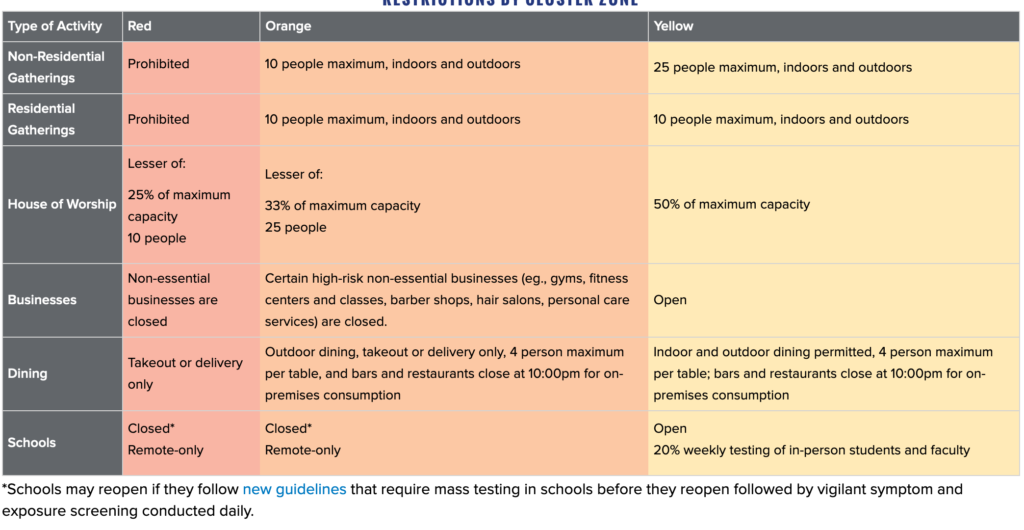 In Roman Catholic Diocese of Brooklyn v. Cuomo, the Court declared the 10- and 25-person caps unconstitutional with respect to the applicants. As things stand now, none of the applicants are in Red or Orange Zones. Some of the churches and synagogues are in Yellow zones.

I made an error in Part VI of my series. I wrote that the applicants would not be subject to any limitations. I was wrong. The houses of worship in yellow zones are still subject to the 50% maximum occupancy limit. And if New York City snaps to an Orange Zone, the houses of worship would become subject to the 33% maximum capacity cap. And, if any microclusters are placed in the Red Zone, the 25% cap would remain. The applicants did not challenge the percentage caps, and the Supreme Court had no occasion to rule on them.

The Supreme Court's injunction will stretch until the disposition of the certiorari grant. At this point, the Second Circuit's proceedings will have no impact on the state of affairs in New York.