From: The Biden-Harris Transition Team

Re: The Garland Commission

President-Elect Biden is honored to invite you to join the Biden-Harris Transition Team. Within moments of President Trump's concession-by-tweet, President-Elect Biden announced the formation of the Garland Commission. Named after Judge Merrick Garland, this Commission will research how to reform the Supreme Court. Don't worry–Garland is not on the short list! There are enough white men on the Court. But Garland is a useful martyr to rally support for Court Reform. Oh, and that's the phrase we are going with: Court Reform. The phrase Court Packing just does not poll well.

We invite you to join a group of other bipartisan likeminded scholars who agree that the Court needs to be "reformed." We look forward to your recommendations of how President Biden can make two additional nominations to the Supreme Court within the next two years. The specifics really are not important. Panels? Senior Status? Rotations? Whatever. And don't worry if you plagiarize from your prior writings. Really, the President-Elect is cool with that. What matters is that Justices Brown Jackson and Kruger will be on the bench to uphold the constitutionality Green New Deal in June 2022.

Will you heed the call to serve your country? We want you for Court packing. 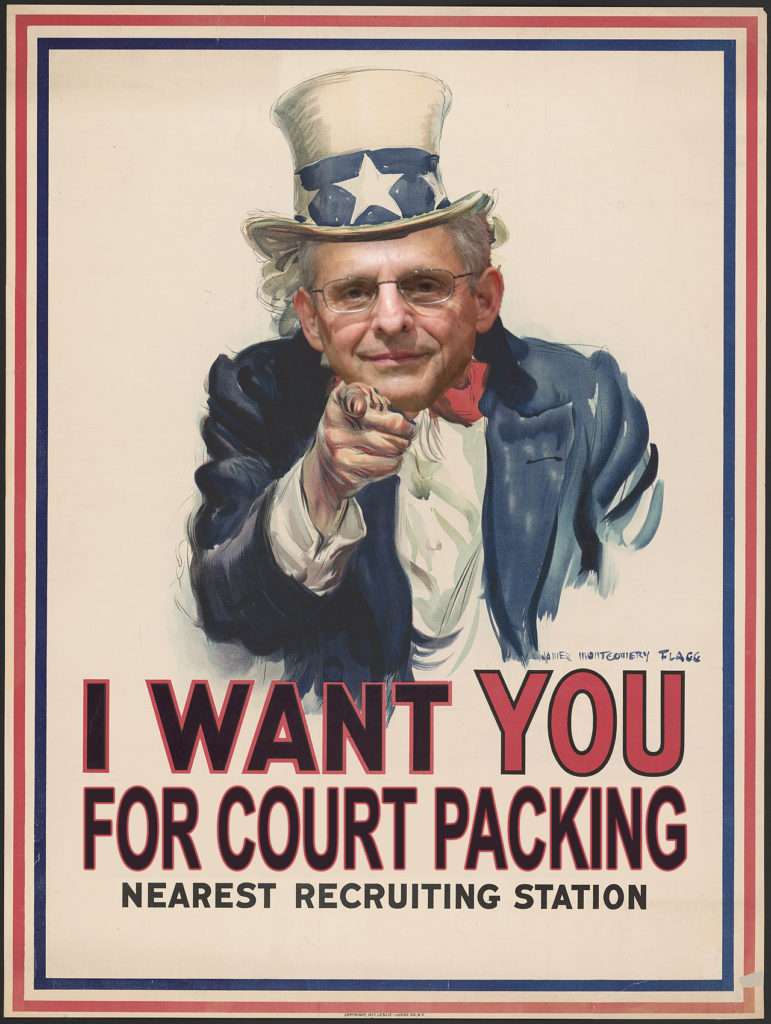