I am honored to open up the 11th Season of FantasySCOTUS. I launched the site back in 2009 when I was still clerking. Now, a decade later, thousands of Court Watchers have made their predictions. Sign up today at FantasySCOTUS.net to predict the outcome of all the blockbusters this term, including Fulton v. City of Philadelphia, California v. Texas (standing and severability), and Jones v. Mississippi. Plus many more to come. At least for the start of the term, only eight Justices will be on the bench. 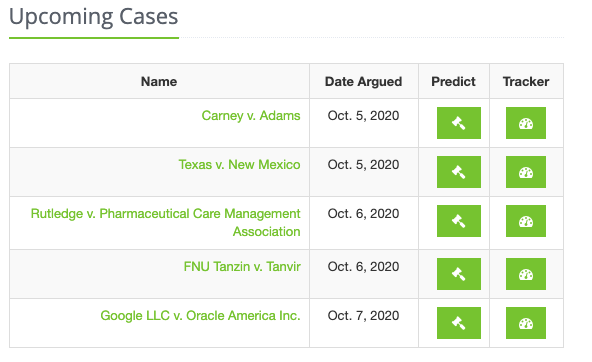