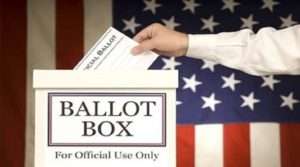 In the midst of the 2020 election, Americans are bitterly divided over a wide range of political issues. But there is broad agreement that we have a duty to vote, if at all possible—at least barring some kind of dire exigent circumstances. The idea that we have a moral duty to vote is so taken for granted that many think that it's just obviously right, and don't bother to provide an argument for it. But, as it turns out, the existence of a moral duty to vote is far from obvious, and justifying it turns out to be much harder than many people think. Georgetown political philosopher Jason Brennan, a leading academic critic of the idea, has a good summary of the reasons why it is difficult to defend well:

For instance, suppose someone says, "You should exercise civic virtue, therefore vote!" The problem–which should be obvious but for some reason isn't–is that there are lots of ways of exhibiting civic virtue other than by voting. Indeed, voting isn't even especially good.

Even if voting were the best, that wouldn't obviously make it obligatory. Suppose you have a duty to do productive work…. Maybe the best job you could take, given your talents, is medical doctor. But that doesn't mean you are obligated to be a medical doctor…..

2. You need to deal with bad voters and bad voting: Most defenders of the duty to vote think there is merely a general duty to vote some way, not a specific duty to vote well, for the better side. But then your argument for a duty to vote nevertheless needs to explain, carefully, why the voters for the worse parties or worse candidates aren't doing something morally bad and wrong…..

3. You need to follow the consequences of your argument. For instance, as [Geoffrey] Brennan and Lomasky have pointed out, one popular argument for a duty to vote leads to absurd conclusions. "If no one voted, it'd be a disaster, therefore you should vote." First, it wouldn't be a disaster, but secondly, notice the argument works even better for farming: "If no one farmed, we would all starve to death, therefore you should be a farmer…."

4. Don't magically assume that voters know the right way to vote and that voting well is easy. It isn't. Read up on voter psychology, which says most people just follow what others do and for most people, politics is not about policy…. Consider how hard it is to be informed, not merely of the particulars, but of the social science needed to understand causation. Consider how difficult it is to predict what politicians will do if elected….

All of the above points are well taken. I would add a few more.

First, if you want to argue not only that you have a duty to vote, but that voting should be made mandatory, you have to meet an even higher burden of proof. In addition to showing that there is a moral duty to vote, you must prove that it is an important enough duty to justify coercive enforcement, with all the attendant risks that go along with the use of force by the state.

For example, if the authorities are going to track down and arrest violators (or even just impose fines on them), you will increase the number of encounters between citizens and police where they latter might use excessive force, engage in racial profiling, or commit other abuses. The benefits of mandatory voting, whatever they might be, have to be great enough to outweigh these very real costs.

Second, let's say that your goal in promoting increased turnout is to make sure that the "right" party or candidate wins. For example, perhaps you believe that the Democrats have far better policies than the Republicans, and they are more likely to win if there is higher turnout. That's a perfectly reasonable view! But if that is your reason for urging more people to vote, you are not actually making an argument for a general duty to vote. You're just saying it would be good if more people voted conditional on their voting the right way. If conditions changed such that higher turnout benefits the "wrong" party rather than the right one, you should (if you are consistent) prefer lower turnout in that world. Consider the following two hypothetical scenarios:

A. Turnout is very high (say 90%) but your preferred party and policies almost always lose. The quality of government policy is considerably worse than it would be if election outcomes were different.

B. Turnout is much lower (say 40%), but your preferred party and policies almost always win. The quality of policy is much better than it would be if turnout were higher.

If you prefer B to A, there's nothing wrong with that. But it means you either don't really believe there is a general obligation to vote, or that any such obligation is weak enough to be readily outweighed by the goal of improving public policy. It also means that most people actually do not have an obligation to vote if the real world is more like scenario B than A.

Finally, it's worth emphasizing, as Jason recognizes, that bad voting can often be worse than no voting at all. I summarized the reasons why here:

[M]ost advocates of compulsory voting [and also of a duty to vote that is not mandatory]… contend that going to the polls is a duty we owe society, in order to make the political system work better. But this overlooks crucial ways in which it might actually make the system worse. On average, those who choose not to vote are even less well-informed about politics and public policy than current voters are. If they are forced to go to the polls, they will exacerbate the already severe problem of political ignorance. When relatively ignorant voters go to the polls, they aren't doing the rest of society a favor. They are instead inflicting harm on us by making poor choices and incentivizing politicians to cater to their ignorance.

Admittedly, there are some situations where political ignorance can actually be beneficial, and ignorant voters might make better decisions than more knowledgeable ones. I discuss a few such scenarios in my book on political ignorance. But such cases are unusual exceptions. Most of the time, the most ignorant potential voters can better serve society by staying home on election day than by voting….

What is true of voters who are simply ignorant also applies to the many who may be relatively knowledgeable, but are highly biased in their evaluation of the facts they learn about, acting like "political fans" cheering on their side rather than as truth- seekers.

The problem with ignorant and biased voting is not just that it might enable the "wrong" candidate or party to win out of the choices before the electorate, but that it also reduces the quality of those choices to begin with. Politicians and parties that know they are facing a largely ignorant electorate, with lots of "political fans," are likely to run on platforms that seek to cater to that ignorance and bias. Donald Trump did so in a particularly dramatic and extreme way in 2016. But more conventional politicians also routinely use similar tactics, even if in less extreme ways. The result is a general degradation in the quality of government policy and political discourse. Whichever party ends up winning, we all end up losing compared to what might be achieved in a world where political ignorance and bias were  not so seere.

There are steps people can take to become more knowledgeable and less biased voters. But those who haven't made the effort to do so may, at least in many situations, benefit society more by not voting, and instead carrying out their civic duty in some other way.

Many argue that we can overcome political ignorance and voter bias through effective use of "information shortcuts" and increased civic education. This turns out to be a much tougher task than advocates assume. I discuss some of the reasons why in greater detail in Chapters 4 and 7 of my book Democracy and Political Ignorance. But if you take this view, you at least have to concede that no one has a duty to vote unless and until they have gotten the necessary education, learned how to use information shortcuts well, or some combination of both.

One of the strengths of Julia Maskivker's important recent book defending a duty to vote is that she recognizes the force of many of the above criticisms. Among other things, she agrees that there is no duty to vote unless the person has become reasonably well-informed about the relevant issues.  She in fact argues that most citizens have a duty to both vote and become well-informed. In my view, she substantially underestimates the difficulty of the latter, and the extent to which it can be overcome by a combination of shortcuts, education, and reform of the media. But even if  Maskivker is right, it follows that most people do not have any duty to vote until such time as we have actually achieved the necessary increases in political knowledge (though they may, on this view, be morally culpable for failing to increase their knowledge).

It might still be possible to justify a moral duty to vote. But it's a much tougher task than most people tend to assume.

UPDATE: In this 2014 post, I criticized another widespread belief about voting: that if you don't vote, you have no right to complain about the results.