Reason is supported by:
Donald Morris 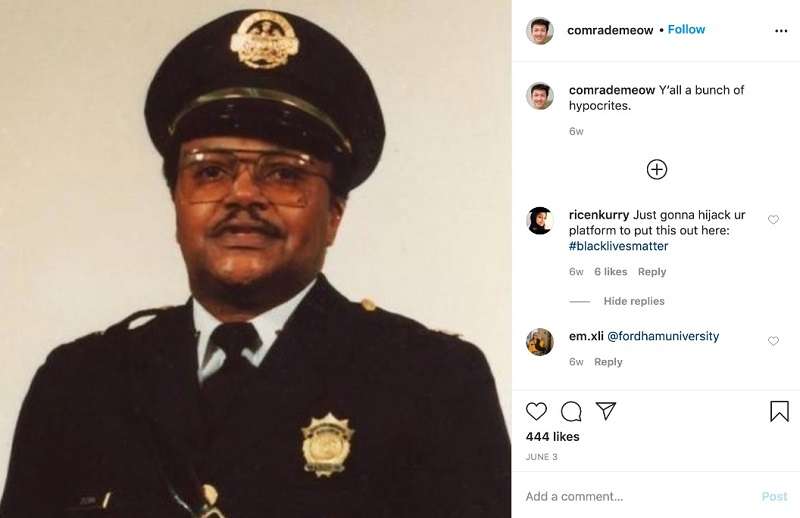 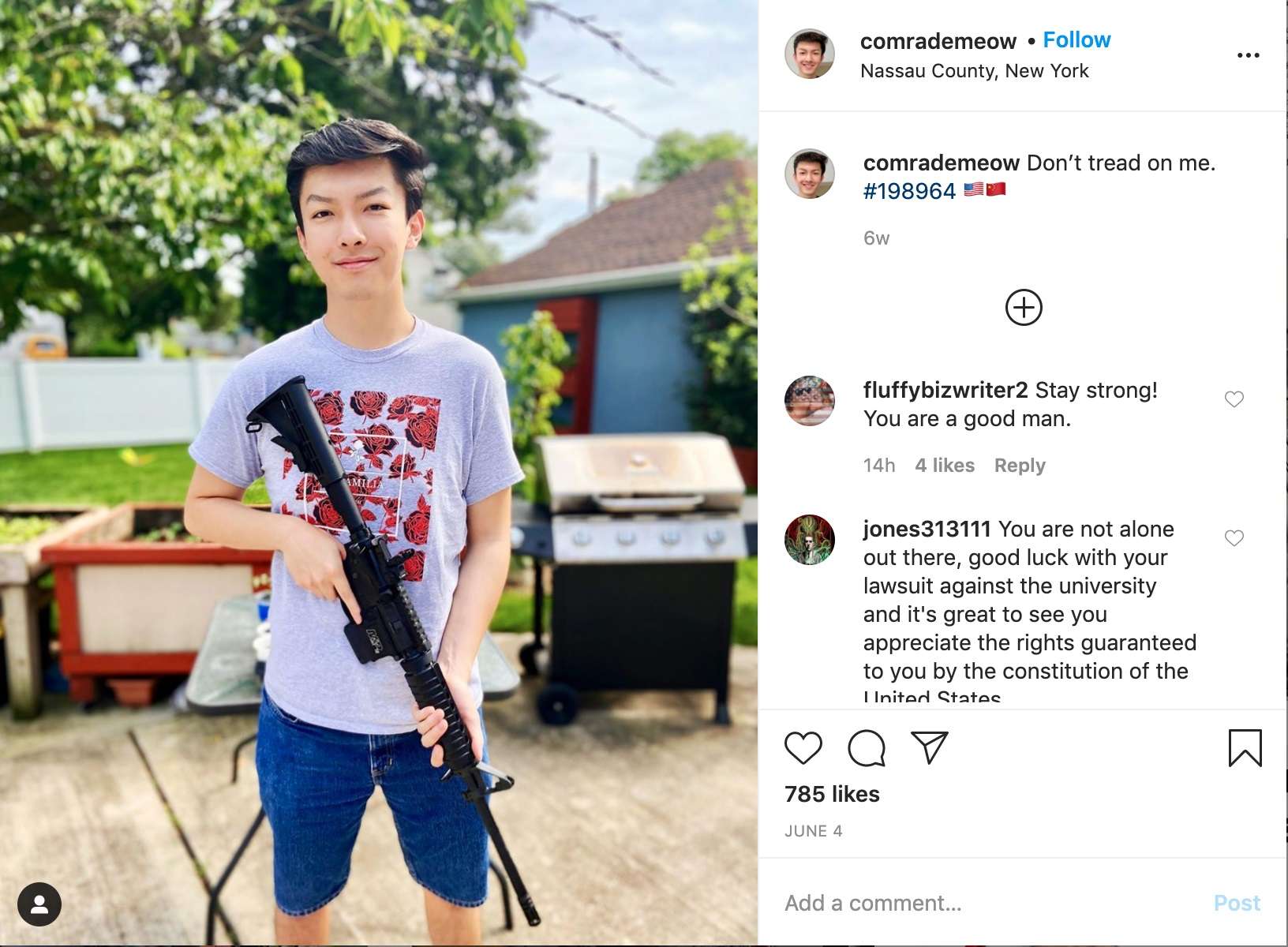 From a Foundation for Individual Rights in Education post last week:

On June 3, rising senior Austin Tong posted to his Instagram account a photo of David Dorn, a retired St. Louis police captain killed by looters in the unrest following the killing of George Floyd. The photo included the caption, "Y'all a bunch of hypocrites," a reference to Tong's frustration, as a supporter of the Black Lives Matter movement, with what he refers to as "the nonchalant societal reaction over [Dorn's] death."

The following day, June 4, was the 31st anniversary of the Tiananmen Square massacre of pro-democracy activists. Tong, who emigrated from China as a child, posed for a photo holding a legally-obtained gun off-campus, with the caption "Don't tread on me." The caption also included an American flag emoji, a Chinese flag emoji, and a hashtag commonly used by Chinese citizens to avoid censorship of online discussion of the Tiananmen Square massacre.

Fordham wrote to Tong on June 8, when Dean of Students Keith Eldredge informed Tong he was under investigation by the university for the two photos. [The June 8 letter said, "Specifically, it is reported that on June 3 and 4, and in the recent past, you made several posts on social media related to the current racial issues in the country and political issues in China, including one in which you were holding an automatic weapon." -EV] On [July 14], Fordham handed down its verdict: Tong was found guilty of violating university policies on "bias and/or hate crimes" and "threats/intimidation."

"When Tong immigrated to the United States from China at six years old, his family sought to ensure that he would be protected by the rights guaranteed by their new home, including the freedom of speech and the right to bear arms," wrote Program Officer Lindsie Rank, author of FIRE's letter to Fordham. "Here, however, Fordham has acted more like the Chinese government than an American university, placing severe sanctions on a student solely because of off-campus political speech."

Tong's probation bans him from physically visiting campus without prior approval, taking leadership roles in student organizations, and participating in athletics. He is also required to complete implicit bias training and write an apology letter.

"While what happened to me is a total disgrace, I hope to use my example as an opportunity for the millions of people out there that fear to freely speak, and to protest the serious case of speech censorship in college campuses," said Tong. "As the country is facing a disastrous constitutional crisis, it is no time to stay silent, and we have been silent for way too long. It only takes the courage of the few to spark the patriotism of many. We will use this opportunity to let the world know that now is the time that we must speak loudly, fight for our rights, and let those who silence speech know they will face consequences."

As a private institution, Fordham is not bound by the First Amendment. But it is bound by the explicit, repeated, and unequivocal promises of freedom of expression it makes to its students, including in its own mission statement: "Fordham strives for excellence in research and teaching and guarantees the freedom of inquiry required by rigorous thinking and the quest for truth."

Pretty appalling behavior by Fordham, it seems to me. Yesterday, Tong sued Fordham for allegedly failing to "substantially adhere[] to its own published rules and guidelines for disciplinary proceedings," a cause of action that New York courts recognize even against private universities, as the Palestinian student group case shows; you can read his legal arguments here.

Medical Marijuana Gets the Green Light From the United Nations

The MORE Act, which would repeal federal prohibition, is scheduled for a vote this week.