Reason is supported by:
Kyle Johnson

Throughout the 19th and early 20th century, Supreme Court justices used so-called "docket books" to keep tracks of the votes cast at conference. These leather-bound volumes were printed with the names of hold-over cases. As new cases were added, the clerk would write in the new information on blank pages. The docket books were eventually phased out after the October Term 1945, and replaced with three-ring binders.

The book lists cases on the docket but also the attorneys who argued them, including Belva Lockwood who became the first woman to argue a case before the Supreme Court in 1880. Future Justices Melville W. Fuller and George Shiras, Jr. are also listed as advocates. During the 1885 Term the Court docketed 1,348 cases and disposed of 444. Field's biographer, Paul Kens, author of Justice Stephen Field: Shaping Liberty from the Gold Rush to the Gilded Age (1997), says Field wrote many opinions that Term and that the book's discovery is "really exciting."

How the book survived is still a bit of mystery, including how it ended up near Richmond. It is presumed that Field or his staff destroyed his Supreme Court papers and docket books after his retirement in 1897, because no significant collection of his papers exists today. The 1885 Docket Book must therefore have left his possession earlier. The rest of Field's personal law library was donated by his widow, Sue Field, to the Stanford University Law Library around 1900, but none of his other docket books are located there today.

Here is the cover of the volume: 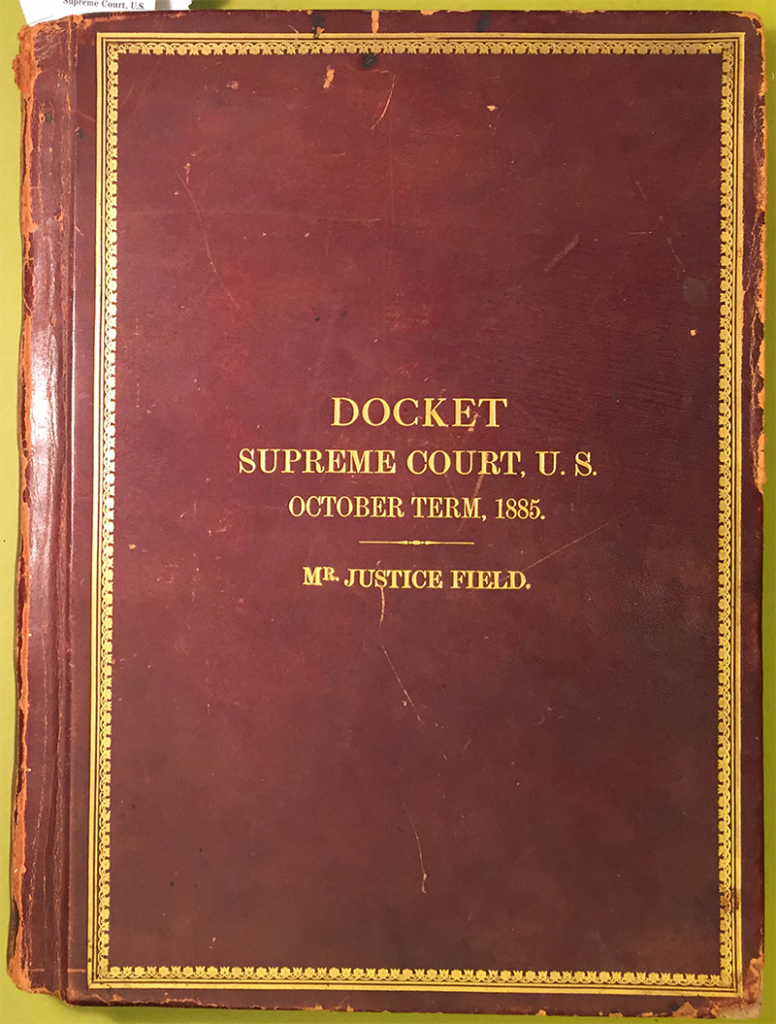 Here is the index. All of the hold-over cases were printed in the volume. 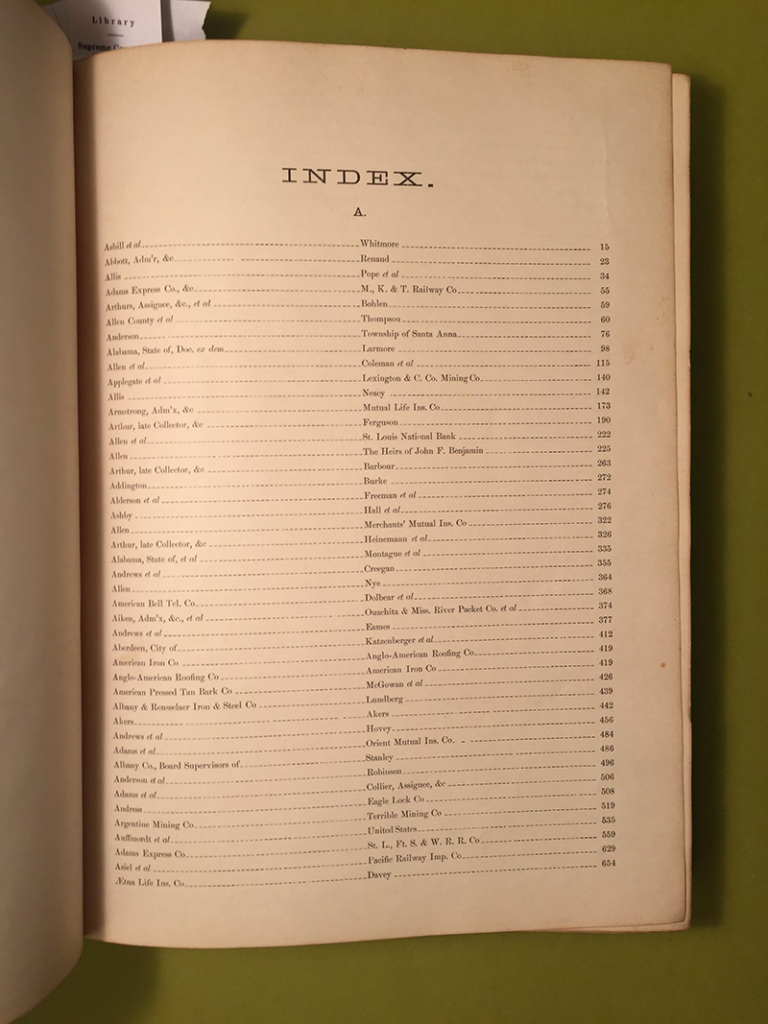 For each case, the docket book listed the arguing attorneys, the case name, as well as the lower-court. 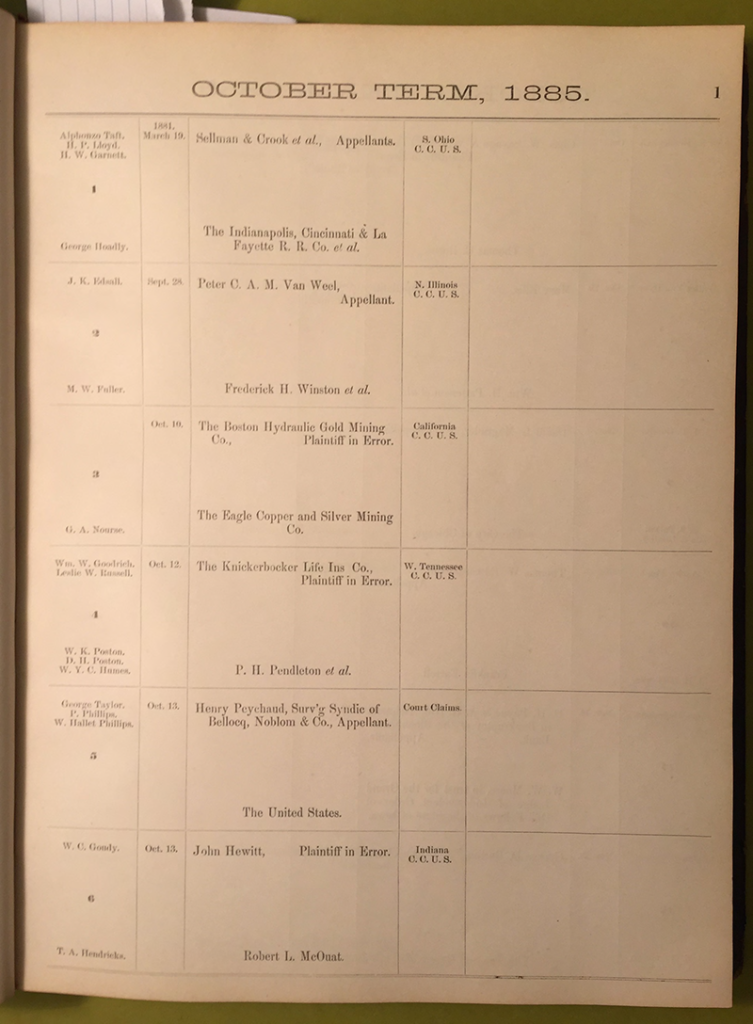 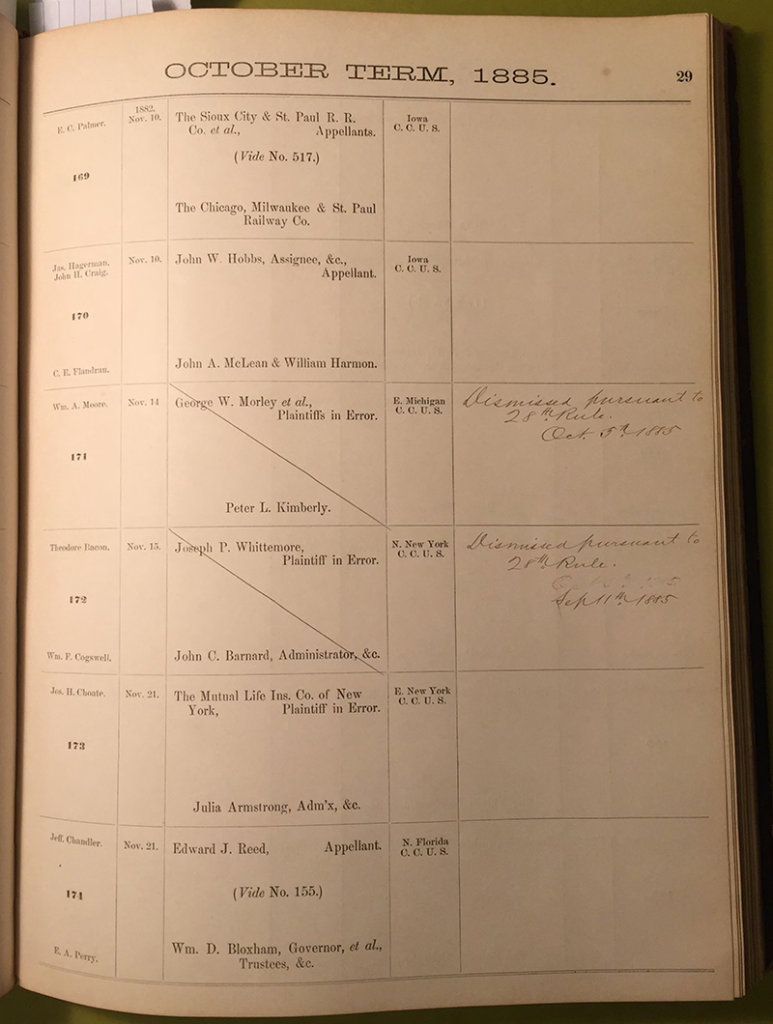 I asked Matthew Hofstedt, Associate Curator of the Supreme Court, if he would be willing to share the entries for these cases. He kindly sent the below graphics.

Presser, which had been scheduled the prior year, was printed on page 13:

The  entry for Yick Wo was hand-written because it was a new case. This section stretched across two pages.

Here is the left side of the page. The entry lists the petitioner as "Yick Wo," with the notation "P.E." (Plaintiff in Error). His attorney is D.L. Smoot. The respondent is "Peter Hopkins, Sheriff." 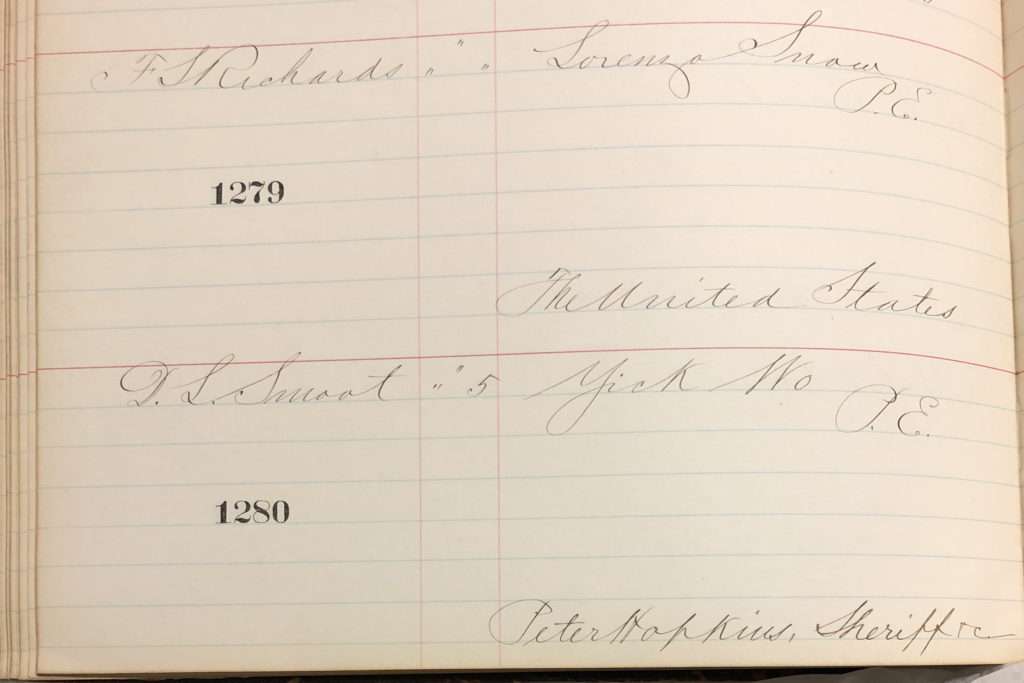 And here is the right side of the page. You can see the reference to "Cal Sup. Court." 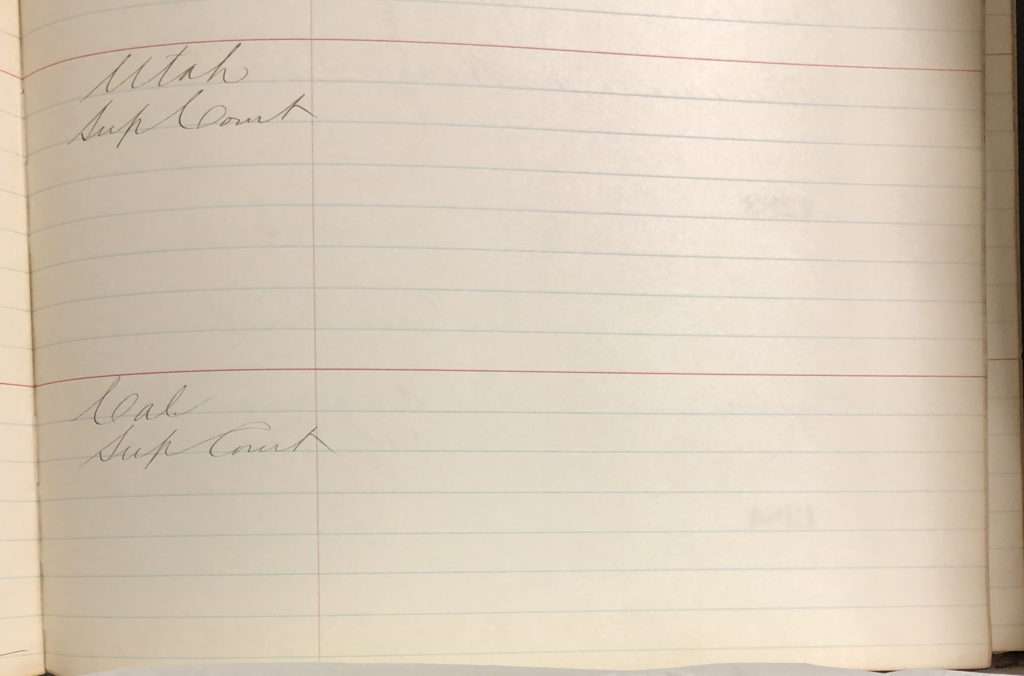 Thanks again to Matthew for sharing these important files.

One of the Country's Last Eviction Moratoriums Is Struck Down

Own a Piece of Reason History