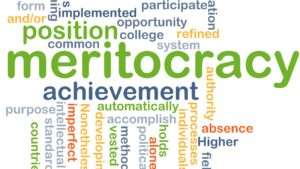 The federal government's recent decision to bar foreign students from remaining in the United States if they are enrolled at universities scheduled to have online-only classes has drawn widespread criticism. Co-blogger Irina Manta summarizes some of the injustices inherent in this policy here. I would add that, even if the students in question can continue to "attend" online classes from abroad, they are likely to be denied access to other important educational resources such as library books and other research materials, laboratory equipment, and so on. In addition, it can be extremely difficult to take an online class if you are living in a time-zone many hours away.

It is deeply unjust that some students are effectively cut off from educational opportunities they have earned and paid for merely because of morally arbitrary circumstances of birth. The difference between "foreign" and "domestic" students usually comes down to citizenship status, which in turn is largely dictated by who your parents are or where you were born. Allocating educational opportunities on such a basis is morally arbitrary, and certainly contrary to the meritocratic principles on which university admissions are supposed to be based.

The new ICE policy is just the tip of a much larger iceberg of ways in which migration restrictions undermine meritocracy. Many of them are actually much more severe.

There is disagreement about exactly what qualifies as meritocracy. But, generally speaking, meritocrats believe that important educational and economic opportunities should be distributed primarily based on some combination of skill, talent, and  hard work, not based on arbitrary circumstances of birth outside students' and job applicants' control. The paradigmatic opposite of meritocracy is a system of hereditary aristocracy, in which opportunities are distributed primarily based on who your parents are.

Today, hereditary aristocracy is widely condemned in liberal democratic societies. Even relatively limited forms of it come in for widespread criticism. For example, many point out that "legacy admissions" at elite universities are unmeritocratic, and should be rejected for that reason. The fact that Mommy or Daddy attended Harvard says nothing about whether Junior deserves to do so, as well. Conservatives and other critics of affirmative action for racial minorities similarly argue that an applicant's race or ethnicity are outside her control and in and of themselves tell us nothing about her merit.

But that which is widely condemned in the domestic context is equally widely accepted when it comes to migration restrictions—even though the departure from meritocracy is far greater in the latter case. Our system of immigration restrictions—and that used by most other nations—is essentially a form of hereditary aristocracy by another name. I explained why here:

For most people, citizenship status determines where you are allowed to live and work, which in turn largely determines not only your economic fate, but often whether you will have protection for even very minimal human rights. And citizenship itself is largely determined by birth—much like membership in old-time aristocracies. If you were not born a US citizen or a close relative of one, there is very little chance you will ever be allowed to emigrate here. For most others, the so-called "line" they must join is either nonexistent or likely to be decades or centuries long. The same point applies to your chances of emigrating to just about any other advanced liberal democracy….

Like traditional aristocracy, the new aristocracy of citizenship is not a totally hermetically sealed class. Just as a commoner could sometimes join the nobility by marrying an aristocrat, so a foreigner can become eligible for American citizenship by marrying a current citizen. And just as kings and emperors would sometimes elevate to the nobility those commoners they considered especially deserving (or especially useful), so modern governments sometimes grant residency rights…. to particular classes of migrants without family connections to current citizens…. These exceptions to the rule of hereditary privilege are important. But they are still exceptions to a general rule that keeps the vast majority "in their place."

The deviation from meritocracy here is vastly greater than those many complain about in other contexts. If you were born in Cuba, Venezuela, or Zimbabwe, and migration restrictions force you to stay there, you are highly unlikely to ever escape poverty and oppression—no matter how talented, hard-working, or otherwise meritorious you might be. The difference between the opportunities you have and those enjoyed by even relatively disadvantaged Americans, Europeans, or Canadians is enormous. And if you cannot work or study in a freer or more advanced society at all, that is an even greater imposition than that faced by foreign students victimized by the new ICE rule.

By contrast, if legacy preferences or affirmative action prevent you from getting admitted to Harvard or Berkeley, there is a good chance you can still attend a selective college, often one that is just one rung down from the one that rejected you. There is still a deviation from meritocracy. But it's far smaller than in the case of migration restrictions.

There are situations where internal restrictions on mobility lead to far larger deviations from meritocracy than college admissions preferences. For example, exclusionary zoning  restrictions cut off millions of people from moving to areas where they could find better job opportunities. They too impose large disadvantages on people based on where they happen to have been born. Discussions of meritocracy rarely focus on zoning, even though it leads to far greater arbitrary disadvantage than many of the policies that get more attention.

Hereditary disadvantages imposed by migration restrictions are sometimes defended by analogy to families. The scion of wealthy parents inherits a lot more than the child of poor ones, even if he or she is not especially meritorious. If families are allowed to favor "their own," why not nations?

The answer is that governments are not analogous to families. And their powers cannot and should not be determined by analogy to such private entities, any more than they can be properly analogized to those of private clubs and homeowners. Accepting such analogies has dire implications for natives, as well as immigrants. For example, if governments are entitled to the same broad powers over "their" territory as private property owners enjoy over their homes, they would have the right to censor speech and suppress religions they disapprove of. Similar consequences follow if we assume that governments should have the same kind of powers as, for example, parents typically enjoy over their minor children.

In addition, there are ethical limits to nepotism even when it comes to actual families. While we generally assume wealthy parents should be able to transfer their possessions to children, we also frown on nepotism in commercial life and in public institutions. A corporate executive who promotes her incompetent son over more qualified people is acting unethically. The same goes for an influential government official who does the same thing. Few argue that Donald Trump's assignment of important White House jobs to his underqualified relatives is justifiable because it is legitimate for the president to favor members of his own family.

There are those who believe that even family inheritance should be restricted in order to reduce deviations from meritocracy. Thus, some defend inheritance taxes as a mechanism to achieve that goal. If you take that view, then you have even more reason to oppose the vastly greater violations of meritocracy caused by immigration restrictions. An American who inherits a lot of money from her parents has important advantages over one who inherits little or none. But they pale in comparison to those either has over a person trapped for life in Venezuela or Zimbabwe.

I don't claim that meritocracy necessarily trumps other values. Far from it. In my book, Free to Move: Foot Voting, Migration, and Political Freedom, I defend greatly expanded migration rights primarily on the basis of increasing political freedom and human happiness. To my mind, these objectives are more important than meritocracy. If the only way to achieve a society with a high degree of freedom and happiness is to have very little meritocracy, I'm willing to accept the trade-off. But migration restrictions greatly diminish the freedom and well-being of both immigrants and natives, as well as making a mockery of meritocracy.

There are, of course, other types of objections to migration rights. If valid, some of them could outweigh even very large violations of meritocracy. I don't claim to settle that issue here. But if you care about meritocracy, that should create at least a strong presumption in your mind against the types of severe migration restrictions that currently exist. The presumption need not be absolute. But the more you value meritocracy, the more is needed to overcome it.