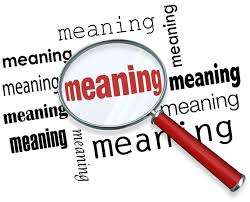 In the recent landmark Supreme Court decision in Bostock v. Clayton County, which ruled that discrimination against gays and lesbians qualifies as sex discrimination under the Civil Rights Act of 1964, Justice Neil Gorsuch's majority opinion relied on the longstanding rule that the text of a law should generally be interpreted in accordance with its "ordinary meaning," not some technical meaning accessible only to experts.

The relevant provision of Title VII of the Civil Rights Act says employers may not "discriminate" against employees "because of…sex." The point in dispute is about the ordinary meaning of these seemingly simple words.

From the ordinary public meaning of the statute's language at the time of the law's adoption, a straightforward rule emerges: An employer violates Title VII when it intentionally fires an individual employee based in part on sex. It doesn't matter if other factors besides the plaintiff 's sex contributed to the decision. And it doesn't matter if the employer treated women as a group the same when compared to men as a group…

The statute's message for our cases is equally simple and momentous: An individual's homosexuality or transgender status is not relevant to employment decisions. That's because it is impossible to discriminate against a person for being homosexual or transgender without discriminating against that individual based on sex. Consider, for example, an employer with two employees, both of whom are attracted to men. The two individuals are, to the employer's mind, materially identical in all respects, except that one is a man and the other a woman. If the employer fires the male employee for no reason other than the fact he is attracted to men, the employer discriminates against him for traits or actions it tolerates in his female colleague.

This seems right to me. In ordinary English usage, when we say A happened "because of" B, we usually mean that A would not have occurred if B had not. We don't mean that B was necessarily the sole cause of A. Thus, if I say Jones died because Smith hit him on the head, that doesn't exclude the possibility that a preexisting head injury was also a contributing factor. It just means Jones would still be alive if Smith hadn't hit him. Similarly, as Gorsuch explains, the same goes when an employer fires a man for being attracted to other men, but would not have fired a woman for the same "traits or actions."

Kavanaugh, however, has a different interpretation of ordinary meaning:

For the sake of argument, I will assume that firing some­one because of their sexual orientation may, as a very literal matter, entail making a distinction based on sex. But to prevail in this case with their literalist approach, the plain­tiffs must establish that courts, when interpreting a stat­ute, adhere to literal meaning rather than ordinary meaning. Or alternatively, the plaintiffs must establish that the ordinary meaning of "discriminate because of sex"—not just the literal meaning—encompasses sexual orientation discrimination…..

There is no serious debate about the foundational inter­pretive principle that courts adhere to ordinary meaning, not literal meaning, when interpreting statutes… This approach recog­nizes that the literal or dictionary definitions of words will often fail to account for settled nuances or background con­ventions that qualify the literal meaning of language and,in particular, of legal language…."

As to common parlance, few in 1964 (or today) would de­scribe a firing because of sexual orientation as a firing be­cause of sex. As commonly understood, sexual orientation discrimination is distinct from, and not a form of, sex dis­crimination. The majority opinion acknowledges the com­mon understanding, noting that the plaintiffs here proba­bly did not tell their friends that they were fired because of their sex.

Kavanaugh goes on to note that Congress and judicial decisions also, at least until recently, treated "sex discrimination" and "sexual orientation discrimination" as two distinct categories.

The problem with Kavanaugh's analysis is that "common parlance" is not actually the same thing as "ordinary meaning."The former is a matter of frequency of usage, while the latter is about how laypeople (as opposed to experts) understand the meaning of specific words and phrases. An infrequent or uncommon phrase may still be ordinary.

Often, common parlance uses distinctive terminology to delineate something that is a subset of a larger category. For example, consider a woman who is fired because she refuses the boss's demand for sexual favors—a demand he does not impose on male employees. In "common parlance," most people would say she was fired because of "sexual harassment," not "sex discrimination." To put it in Kavanaugh's terms, the woman in question would likely tell her friends she got fired as a result of the former,  probably without even mentioning the latter. But a moment's reflection also makes clear she was fired "because of sex." If she were a man, the boss would not have demanded sexual favors in the first place, and would not have fired her for refusing. You don't have to be an employment law expert to see that she was fired because of sex—in the entirely ordinary meaning of those words.

Another way of seeing this point is to recognize that "common parlance" often focuses on what we might call the "paradigm case" of a phenomenon—the one that first comes to mind when we hear the words that refer to it. When someone says that a person was fired because of sex discrimination, the image that comes to mind is that of an employer who objects to the mere presence of women in the workplace because he considers them inferior, or at least believes they are not fit to do this specific job.

But when presented with scenarios like sexual harassment, we can readily see that the woman who was fired because she refused to sleep with the boss is also a victim of sex discrimination (assuming he does not make similar demands of male employees). And that's true even if her gender wasn't the sole cause of the firing, and even if the employer has no general objection to having female employees, and doesn't doubt their ability to do the work. This is the kind of common-sense "ordinary" reasoning that led the Supreme Court to unanimously rule that sexual harassment directed at specific gender violates Title VII. It is an example of how ordinary meaning often encompasses more than a paradigm case, and more than "common parlance."

What is true of sexual harassment is also true of sexual orientation discrimination. In common parlance, both are usually denoted with distinctive terms, rather than referred to as "sex discrimination." The use of specific terms is convenient and makes it easier for listeners to quickly understand exactly what happened. But that is entirely consistent with the fact that the more specific terms are actually subsets of a broader general concept, and that this relationship between them is easily understood under the ordinary meaning of the words in question.

Kavanaugh's reliance on "common parlance" conflates frequency with ordinariness. In ordinary discourse, unlike in legal analysis, we rarely need to refer to the relationship between the narrower category and the broader one; we find it more convenient to use the more specific term rather than a more general one. But that doesn't put that connection outside the bounds of ordinary meaning.

Kavanaugh and Justice Samuel Alito (who wrote the other dissent in this case) also emphasize that most people in 1964—and Congress and the courts for many years afterwards—did not think that Title VII banned sexual orientation discrimination. But that fact was not the result of any special understanding of the "ordinary meaning" of words like "because" and "sex." As Gorsuch notes, in 1964, the words "sex," "discriminate" and "because of" had much the same ordinary meanings as they do today. The reason why most people assumed that Title VII did not ban sexual orientation discrimination was not based on an interpretation of the specific words in the law, but based on a general societal understanding that homophobia was normal, justified (or at least not reprehensible), and should not be forbidden.

Most ordinary people do not closely consider the wording of laws, even important ones like Title VII. They instead rely on information shortcuts, including societal understandings of the kind described above.

As Gorsuch points out, within a few years of the passage of the law, observers who did closely study the text of the law realized that sexual orientation discrimination was a form of sex discrimination under the wording of Title VII. Some began to file cases making such claims. That argument was rejected by courts and various government agencies—but not because a different understanding of the ordinary meaning of specific words. Rather, politicians, judges, and bureaucrats were unwilling to disturb what was then a broad societal agreement that sexual orientation discrimination should be permitted.

For similar reasons, from 1883 until the 1960s, federal courts rejected the argument that laws banning interracial sex and marriage discriminated on the basis of race. Societal opposition to interracial marriage was so widespread that judges—and many others—were unwilling or unable to recognize what would otherwise have been the obvious truth that these laws did in fact discriminate on the basis of race, for the simple reason that they forbade members of one race to do something that was permitted to members of another.

In sum, the "ordinary meaning" of words can and often does encompass concepts that are rarely used in common parlance, and also ones that go against dominant social conventions. That doesn't by itself prove that the Court decided Bostock correctly. Perhaps the ordinary meaning of specific words and phrases should not control the outcome of a case when it conflicts with a broad societal understanding of what a law is supposed to do. Moreover, some judges and legal scholars reject textualism in favor of purposivism; for reasons I explained my earlier post about Bostock, there is a solid purposivist case for the position taken by the Bostock dissenters, though they themselves didn't focus on it. But Kavanaugh's attempt to conflate ordinary meaning with common parlance fails.

The fact that this dispute over the meaning of "ordinary meaning" occurred in the first place. has led observers such as Michael Dorf to conclude that Bostock shows that textualism is highly indeterminate and "has little binding effect." If the ordinary meaning of the text was really so clear, why did Gorsuch and Kavanaugh have to devote many thousands of words to explaining its meaning? Cynics might add that the fact I just spent some 1800 words expounding on the dispute further reinforces Dorf's point.

Under textualism, as under other interpretive theories, there are going to be some hard or unusual cases. But that doesn't render textualism indeterminate in the vast majority of situations. It is not truly indeterminate even here. Although both sides have some reasonable arguments, Gorsuch's is substantially better.