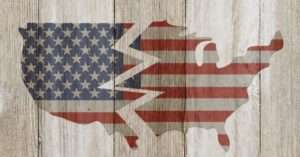 The Balkinization site is running a symposium on two important new books on secession: Timothy William Waters's Boxing Pandora: Rethinking Borders, States, and Secession in a Democratic World (Yale University Press, 2020) and F. H. Buckley's American Secession: The Looming Threat of a National Breakup (Encounter Books, 2020). I am one of the contributors, and my piece is available here. Among other things, it draws on my own new book Free to Move: Foot Voting, Migration, and Political Freedom, which offers an alternative (and in my view better) path towards enhancing political choice than expanding secession rights. Here is an excerpt:

The conventional wisdom on secession is that it is rarely justified and should only be used as a last resort for escaping severe oppression, as a means of "decolonization," or perhaps to give autonomy to some ethnic group that deserves a state of its own. In different ways, Timothy William Waters and my George Mason University colleague Frank Buckley offer powerful challenges to that conventional wisdom. Waters contends that any group that wins a majority-vote referendum within a given territory with a population of at least 1 million people should have a presumptive right to secede and form their own independent state. Buckley suggests that the people of the United States might be better off if secession movements resulted in its partition, though he ultimately shies away from recommending such a course of action.

Waters and Buckley are right to argue that secession is justifiable in a wider range of circumstances than conventionally thought. But I am not convinced that secession rights should be as ubiquitous as the former advocates, or that the world would be a better place if secession led to the breakup of the United States. Both Waters and Buckley also do not give sufficient weight to some significant downsides of secession, such as the role of political ignorance in promoting secession movements, and the danger that the newly established governments might be severely oppressive. For these reasons, the problems that secessionists seek to address will often be better managed through decentralization of power within federal systems and expansion of opportunities for people to "vote with their feet…."

Like secession, expanding foot voting opportunities would enable more people to escape governments they abhor and live under those whose policies they like better. But foot voting also has three major advantages over secessionism. One is that foot voters can make individually decisive choices. If allowed to migrate freely, each individual or household would have a high chance of determining their own fate, as opposed to casting a vote in a referendum that has only infinitesimal chance of affecting the result. This is both valuable in itself, and incentivizes foot voters to be better-informed than ballot box voters. Empirical evidence indicates they generally are.

The second big advantage of expanded foot voting over secession rights is that the former is much less likely to lead to violence or war, because it does not pose anywhere near as grave a threat to existing governments. Expanding foot voting opportunities is often politically difficult. But it is usually less so than carving out entire new nations from the territory of existing ones.

Finally, foot voting has an important edge over secession because it is easier to expand incrementally. Secession is generally an all-or-nothing proposition. Either a new nation is formed on part of the territory of the old, or not. By contrast, we can incrementally expand foot voting opportunities…..

The symposium also includes posts by several prominent academics and political commentators, such as Jack Balkin, Michael Lind, Cynthia Nicoletti, and Robert Tsai. More are forthcoming in the next few days (complete list of contributors here). Buckley and Waters will have an opportunity to respond to the critics, at the end of the symposium.