Reason is supported by:
Pat Blake

On the first Monday in October, the Harlan Institute and The Constitutional Sources Project (ConSource) announce the Seventh Annual Virtual Supreme Court Competition. This year, the tournament focused on Espinoza v. Montana v. Department of Revenue. Twenty-one high school teams advanced to the semifinal rounds. They prepared briefs, and presented live oral arguments via Zoom. These students are very impressive. Here are their entries, with links to their briefs.

We were honored to have an august, all-Texas bench: Justice Eva Guzman of the Texas Supreme Court, and Judges Gregg Costa and Don Willett of the U.S. Court of Appeals for the Fifth Circuit. After a competitive and lively argument, Curtis and Hayat were declared the winners. Congratulations to them! These students truly are remarkable. They could compete in any Law School moot court competition. We are so proud of them.

Here is the video of the competition:

And here are photos from the competition. 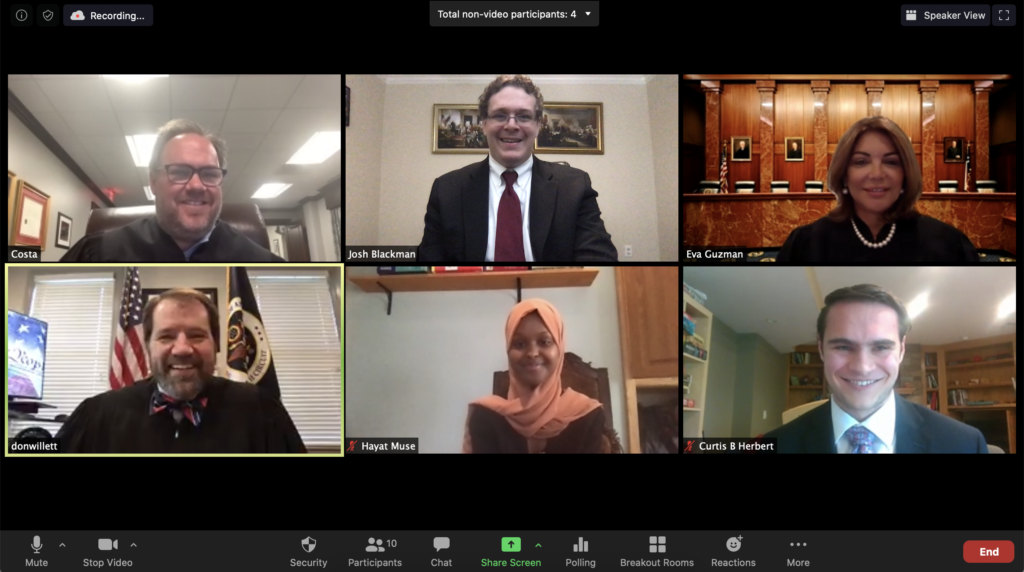 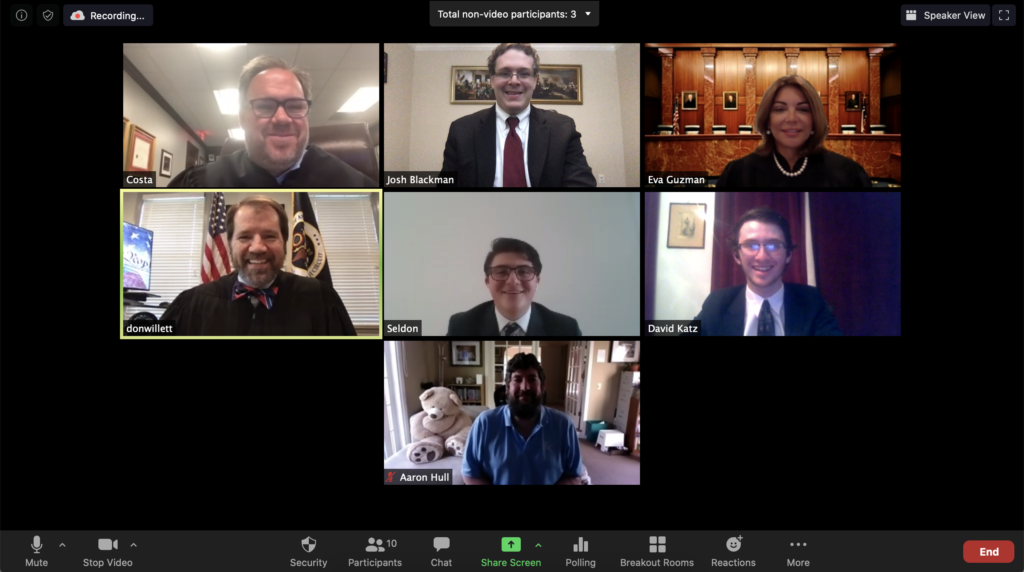