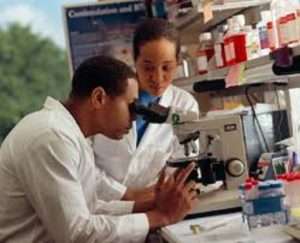 In the midst of the current crisis over the coronavirus pandemic, we often face decisions about the extent to which we - as ordinary citizens and voters with little or no scientific expertise - should defer to the views of scientists. Back in 2015, I wrote an in-depth post assessing this question (see here for non-paywall version), based in part on my academic work on political ignorance. I reprint it here in is entirely in the hopes it might be useful to at least some readers in these difficult times.

The post contains a number of nuances and qualifications. But the bottom line is that we should indeed defer to scientists on technical  issues within their expertise, especially if there seems to be a cross-ideological consensus among the relevant experts. That most definitely applies to the epidemiological aspects of coronavirus (rate of spread, death rate, how it's more dangerous than the common flu, etc.).

On the other hand, there are issues of policy and morality that cannot be resolved by scientific/technical expertise alone and/or that require the expertise of economists and other social scientists as much or more than "hard scientists." Those issues likely include a number of the policy questions surrounding how best to respond to the pandemic. "Hard" science is an essential component of those decisions, but not the only component.

I would add that these precepts are especially difficult to follow - but also especially important - when the expert scientific consensus goes against our ideological priors. In the 2015 post, I noted one such example where I try to practice what I preach (global warming). Coronavirus is another. It would be ideologically convenient for me, as a libertarian, if this pandemic were no more dangerous than the flu. That conclusion would significantly weaken the case for using massive government intervention to address the crisis. But I nonetheless believe it unwarranted to challenge the broad expert consensus that says coronavirus is indeed much more dangerous than either the flu or various other recent epidemics.

I. The Case for Deferring to Scientists.

This raises the question of whether voters should defer to majority scientific opinion on these issues. Given my research on political ignorance, it is tempting for me to conclude that the answer is almost always "yes." The majority of the public is often ignorant about basic facts about government and politics, and their scientific knowledge is also far from impressive. You don't have to believe that scientists are always right about scientific issues to conclude that they are on average more likely to be right than generally ignorant voters are. To the extent that this is true, an electorate that defers to majority scientific opinion on these issues would make fewer mistakes than one that does not, even though neither would be completely error free.

The above reasoning has some merit. But it is important to avoid conflating two different kinds of "scientific" issues. Some of the questions addressed in the Pew survey are almost purely technical questions. For example, the issue of whether GMO foods or foods treated with pesticides are safe, or the issue of whether human activity is the main cause of climate change. On these sorts of technical matters, scientists are indeed likely to know much more than most ordinary people, and there is a good case for deferring to them. But some seemingly scientific policy issues actually include major nontechnical components on which scientists are not likely to have specialized knowledge.

II. The Limits of Scientific Expertise.

Some of the questions raised in the Pew study are actually mixed questions of scientific facts and moral values. For example, the issue of whether animals should be used in scientific research partly depends on the scientific benefits of using them—a question on which scientists have special expertise. But it also depends on the moral status of the animals in question, and whether it is ethically permissible to inflict certain types of harm on them. On that latter issue, scientists have no special knowledge. If there is a group of experts that does, it is likely to be moral philosophers and political theorists; and these groups are—on average— more sympathetic to animal rights arguments than the general public is.

Other issues on the survey raise questions of political economy rather than pure science. For example, many more scientists (82 percent) than ordinary people (59 percent) believe that growing population will be a "major" problem in the future. Whether it will be or not depends largely on whether the possible costs of population growth (e.g.—environmental externalities) will outweigh the benefits, such as increased innovation and a greater division of labor. On these latter questions, economists are likely to be more expert than natural scientists are, and economists tend to be much more skeptical of Malthusian arguments than either natural scientists or the general population. They like to point out that Malthusian predictions have proven wrong for some two hundred years, which does not prove that they will always be wrong, but does suggest reason for imposing a high burden of proof on them.

Even on issues when scientists really are expert, there is occasionally a case for discounting their views based on ideological bias, or narrow self-interest. For example, if we find that scientists are in favor of increased government subsidies for science, their position could be based purely on disinterested expertise; but it could also be special interest pleading.

But it would be a mistake to dismiss all or most expert opinion on such grounds. Many of the issues on which experts and the public diverge have little direct connection to the self-interest of the former. Large lay-expert disagreements persist even in studies that control for self-interest and ideology, as Bryan Caplan did in his work comparing the views of economists and lay people on economic issues, and we have in our joint work comparing the views of laypeople and political scientists on political influence (coauthored with Eric Crampton and Wayne Grove).

In the case of the Pew survey, it is striking that scientists endorse what are usually considered "right wing" positions on nuclear power, GMO foods, and pesticides, even though scientists are generally much more left-wing in their political views than the average voter is. The scientists could be wrong about these issues. But if so it's not because of ideological bias.

Cynics will argue that I'm only advocating deferring to scientists when they happen to agree with my own libertarian views. Not so. There is indeed congruence between my views and those of the scientists on GMOs and pesticides. On the other hand, it would be very convenient for me and other libertarians if global warming were not a serious problem or were not caused by human activity. One of the standard libertarian arguments against government intervention is that the problem people want the government to solve doesn't really exist in the first place. Nonetheless, I am sufficiently impressed by the majority view of scientists on this question that I think libertarians should avoid the temptation to ignore or dismiss it. Recognizing that the scientists are likely right about the nature of the problem does not mean that they are also right about possible solutions (which will often depend on considerations of ethics and political economy on which scientists are not very expert). But it is still an important issue on which scientists are likely to know much more than laypeople. Unless and until the scientific consensus shifts, libertarians who are not themselves scientific experts should defer to the majority scientific view on the extent and causes of global warming.

In sum, it makes good sense to defer to the views of experts on areas that are actually within their expertise. But not on questions that may seem related, but actually are distinct. Telling the difference isn't always easy. Here, as elsewhere, being a responsible, well-informed voter turns out to be a lot harder than we might think.

Finally, I should note that I recognize that many people believe that voters have an absolute right to make decisions based on ignorance, regardless of whether deference to scientists or some other strategy could enable them to make better-informed choices. I disagree with that view of the ethics of voting for reasons outlined here and here.