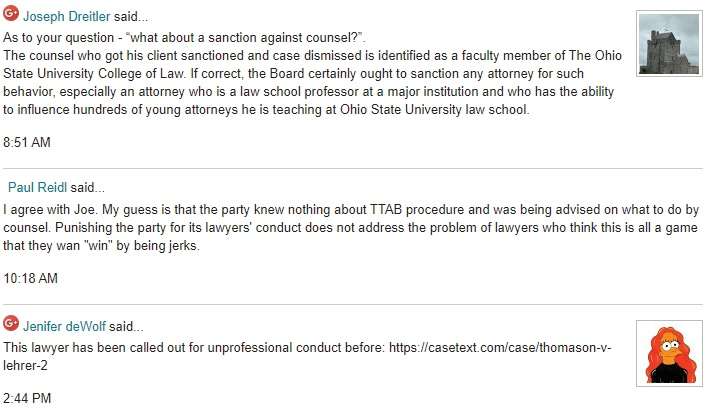 [3.] Last week, Prof. Thomason sued the three commenters for libel; but it seems to me that his legal theory is not sound.