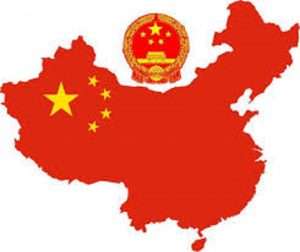 Today is the 70th anniversary of the establishment of the People's Republic of China, which marks the occasion when the Communist Party seized power in the world's most populous nation. The regime established then remains in power today, and is holding a massive celebration. But today is more properly an occasion for mourning. It is an appropriate time to remember the horrific injustices of the government that committed the biggest mass murder in the history of the world, and numerous other injustices and atrocities.

Though it gets nowhere near the level of attention it deserves, Mao Zedong's Great Leap Forward was in fact the biggest mass murder in all of human history. I discussed its enormous scale here:

Who was the biggest mass murderer in the history of the world? Most people probably assume that the answer is Adolf Hitler, architect of the Holocaust. Others might guess Soviet dictator Joseph Stalin, who may indeed have managed to kill even more innocent people than Hitler did, many of them as part of a terror famine that likely took more lives than the Holocaust. But both Hitler and Stalin were outdone by Mao Zedong. From 1958 to 1962, his Great Leap Forward policy led to the deaths of up to 45 million people – easily making it the biggest episode of mass murder ever recorded.

"Mao thought that he could catapult his country past its competitors by herding villagers across the country into giant people's communes. In pursuit of a utopian paradise, everything was collectivised. People had their work, homes, land, belongings and livelihoods taken from them. In collective canteens, food, distributed by the spoonful according to merit, became a weapon used to force people to follow the party's every dictate. As incentives to work were removed, coercion and violence were used instead to compel famished farmers to perform labour on poorly planned irrigation projects while fields were neglected."

A catastrophe of gargantuan proportions ensued. Extrapolating from published population statistics, historians have speculated that tens of millions of people died of starvation…."

The basic facts of the Great Leap Forward have long been known to scholars. Dikötter's work is noteworthy for demonstrating that the number of victims may have been even greater than previously thought, and that the mass murder was more clearly intentional on Mao's part, and included large numbers of victims who were executed or tortured, as opposed to "merely" starved to death. Even the previously standard estimates of 30 million or more, would still make this the greatest mass murder in history.

What happened in the Great Leap Forward was similar to what occurred in the Soviet Union and other communist regimes when agriculture was collectivized. But the death toll in China was much higher than anywhere else.

While the Great Leap Forward was the biggest atrocity committed by the PRC, it was far from the only one. The Cultural Revolution of 1966-76 also took millions of lives. And there was no shortage of other instances of official repression and mass murder during the Mao era, ranging from the brutal conquest and occupation of Tibet (which persists to this day) to numerous purges.

After Mao died in 1976, the regime liberalized much of the economy and eased up on repression. The resulting economic growth was impressive and helped lift millions out of poverty. But it is important to recognize that most of this progress was the result of the government's ending some of its own previous oppressive policies. For example, much of the economic growth occurred because rural Chinese were freed from being forcibly confined to collective farms, and allowed to move (relatively) freely to other parts of the country, where there were better opportunities.

Post-1976 China is far less awful than it was under Mao's rule, and the regime no longer adheres to many of the tenets of communist ideology, which has largely been supplanted by nationalism. But severe oppression nonetheless persists. The Tiananmen Square massacre of 1989 is only the most famous example. The regime has also forcibly displaced tens of millions of people for various "development" projects, including over 1 million forced out of their homes just to build the facilities for the 2008 Olympics in Beijing. The cruel "one child" policy for a long time imposed  state control over one of the most intimate aspects of private family life.  In addition to its inherent injustice,  that policy  created serious social and economic problems that the regime will find it hard to overcome, including a serious gender imbalance in the population, and a rapidly aging work force.

And, of course, the government continues to be a one-party dictatorship, with severe limitations on freedom of expression. I got a first-hand view of some of this when I was a visiting professor at a Chinese university in 2014.

Sadly, under the rule of President Xi Jinping, the government has become much more repressive over the last few years. It has established massive detention camps in which hundreds of thousands of members of the Muslim Uighur minority have been confined for purposes of "reeducation." The regime's increasingly intolerant nationalism is bad news for other minorities, as well. Even the tiny community of Kaifeng Jews has been targeted for harassment and persecution.

There has also been a crackdown on real and imagined dissent even among Han Chinese, the majority ethnic group. The closure of the Unirule Institute - a  widely respected think tank critical of regime policy - is just one of many examples. I gave a talk at Unirule's offices in Beijing back in 2014 - something that sadly would no longer be possible today. China is also trying to repress the liberal democratic protest movement in Hong Kong, in a dramatic confrontation that has captured the attention of the world.

The horrific history of the PRC is notable for exemplifying the evils of both of the ideologies that have caused enormous harm around the world over the last century: communism and nationalism. The regime's gradual transition from the former to the latter, while still being a brutal dictatorship, is a textbook example of how the two have many common flaws.

The unspeakable death toll created by the PRC doesn't necessarily prove it has been the very worst government in history. The numbers are so high in part because the Communist Party ruled over such a large population, and stayed in power for many years. If the likes of Stalin, Hitler, or Pol Pot had ruled over a comparably large population over a similar length of time, it is entirely possible they would have equaled or even surpassed Mao Zedong's dubious record. It is also possible to argue that genocide - mass murder inflicted based on race, religion, or ethnicity - is qualitatively worse than mass murder whose victims are chosen because they are "class enemies" or political dissidents, or just obstacles to the implementation of the regime's ideology. I don't buy this theory myself, but I can understand the sentiment behind it.

But even if the PRC is "merely" one of a handful of contenders for the title of worst regime in human history, rather than the clear winner of that dubious title, its awful record is still worthy of mourning. And such remembrance should be combined with a determination to learn its lessons, and use them to prevent the repetition of similar horrors.