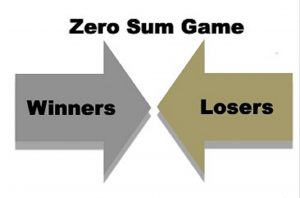 The terrorist mass shooter who killed some twenty people in El Paso yesterday was motivated by a combination of racism and xenophobia and seemingly left-wing concerns about protecting the environment and expanding the welfare state. The "manifesto" he wrote combines elements of both. It attacks racial mixing and condemns Hispanic immigrants as "invaders," but also seeks to bar them in order to protect the environment, expand the welfare state, and curb the supposedly malign influence of corporations. Graeme Wood of the Atlantic summarizes:

The author of the manifesto pronounced himself in "general" agreement with the Christchurch murderer. He opposed racial mixing; he thought America was committing suicide by letting Hispanics "invade…."

The very few noteworthy sections of the manifesto are the ones that reveal a broader range of influences than one might suspect. The author reserves his greatest rage not for Hispanics, but for "the takeover of the United States by unchecked corporations." The corporations, he says, are pro-immigration and befoul our natural environment. Once automation spreads and causes mass unemployment, Hispanic invaders will demand government freebies—specifically a universal basic income (UBI)—and will cause civil unrest if not placated. Oddly enough, the author shares some of these goals, for white people anyway: "Achieving ambitious social projects like universal healthcare and UBI would become far more likely to succeed if tens of millions of dependents are removed…"

Many of these ideas, including some of the most stupid and craven ones, come not from the right, as traditionally conceived, but from the left as well. The left has peddled conspiracies of corporations as diabolical puppeteers (while the right has credulously promoted corporations as angelic job creators). Lack of confidence in job markets' ability to digest and repurpose displaced workers is typically a concern of the left, and, of course, the Democratic presidential candidate Andrew Yang has been the most vocal figure on the subject of job loss due to automation. UBI and health care have been proposed by Swedish-model Democrats and ridiculed by Republicans. The belief that poor immigrants would, if given the chance, fill our welfare rolls and capsize the ship of state—that's the position not only of the Trump adviser Stephen Miller but also of Bernie Sanders and a long tradition of labor leftists eager to keep "American jobs" safe from immigrants. Combine these ideas, which have traction now in both major parties, with straightforward racism and xenophobia, which have traction in one major party, and you get what we saw yesterday in El Paso.

Wood argues (correctly, in my view) that Donald Trump's anti-immigrant rhetoric contributes to this ideological potpourri in a more reprehensible way than that of current American left-wing politicians. He is likely right on that point. But that should not lead us to ignore the left-wing side of this equation, especially since the problem is far from confined to the US, and in many ways predates Trump's unexpected rise to power.

As Wood notes, the El Paso killer's ideology resembles that of the shooter who killed over fifty Muslims in New Zealand earlier this year. Indeed, the former even cited the latter's manifesto in his own. While some of the combination of right and left-wing ideology in both men's worldviews is eccentric, both also have deeper roots in a world-view common to many on both the nationalist right and the socialist left: the assumption that the world is a zero-sum game where some groups can only prosper and succeed at the expense of others. What I wrote in March after the New Zealand shooting remains just as relevant today:

For example, unexpectedly popular Democratic presidential candidate Bernie Sanders echoes Donald Trump's hostility to international trade, while simultaneously arguing that ordinary Americans can only be economically successful by redistributing vast wealth from "the 1 percent." Until recently, he also expressed considerable hostility towards immigration, denouncing the idea of free migration of labor as a plot by "the Koch brothers" and other malevolent billionaires, which would impoverish the working class and end up "doing away with the concept of a nation state."

"Lone wolf" terrorist attacks like those in New Zealand and El Paso are far from the only dangers of zero-sum thinking, or even the most significant. The far bigger danger is the impact of these ideas on "mainstream" politics and public policy – an impact that goes well beyond a few extremist killers:

Fortunately, most nationalists and socialists aren't willing to go so far as to personally commit acts of terrorism. But all too many are willing to advocate large-scale coercion that inflicts great harm on large numbers of people, in order to ensure that they and their preferred causes don't end up as losers in a zero-sum world. Everything from barring migrants fleeing horrible oppression, to separating immigrant children from parents in order to deter them from entering, to coercive population control, to massive expropriation of property, and repression of "capitalists" in order to transfer the nation's wealth to "the people." The list can easily be extended.

There is no easy antidote to the spread of dangerous zero-sum ideas. But perhaps the beginning of wisdom is to recognize the danger they pose, and understand why they are wrong:

It would be naive to imagine that zero-sum games never occur. But they are far less common than either the far left or the nationalist right imagine. The more people come to understand that, the better.

NOTE: Because perpetrators of terrorist attacks often undertake them in large part to gain fame and media attention for themselves and their ideas, I have refrained from mentioning the names of the men who committed the New Zealand and El Paso attack or linking to their "manifestos." I have instead linked to others' summaries of their ideas.  But both the names and the manifestos are easily found online, for those who wish to read them for themselves. Ultimately, the reason to focus on these types of ideas is not so much that they motivated these terrorists, but that they have a much broader pernicious influence on political discourse and public policy.