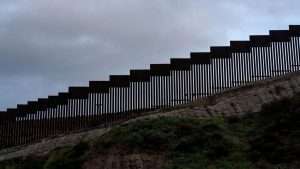 Yesterday, Federal District Judge Haywood Gilliam of the Northern District of California issued two rulings against President Trump's effort to reallocate military funds to build his proposed border wall. The decisions conclude that Trump lacked the authority to transfer those funds without additional authorization by Congress. The rulings address lawsuits against the border wall brought by the Sierra Club and other groups, and by the states of California and New Mexico, respectively.

These decisions come as  no surprise because they largely build on the reasoning of Judge Gilliam's earlier decision to issue a preliminary injunction against the use of these funds for wall-building projects in areas of the border covered by the lawsuit in question. I analyzed it here. The principal differences are that the new rulings establish permanent injunctions against the use of the funds, not just a temporary injunction, and that they apply to wall-building in several more parts of the border area than the earlier injunction covered. Judge Gilliam explains that this is because there is now a more extensive record on what the federal government proposes to do in these additional areas.

I agree with Judge Gilliam's analysis of the main issues in these cases, and explained the reasons why in my post on his earlier ruling (which has much more detail on the legal issues). The administration's attempted diversion is a threat to separation of powers and would set a dangerous precedent if upheld by the courts. Conservatives who may cheer Trump's efforts now won't be so happy when the next Democratic president uses similar shenanigans to reallocate funds to projects favored by the political left.

As I also noted in that post, these decisions are just the start of what will almost certainly be a prolonged legal battle over Trump's wall-building plans. The government is already appealing Judge Gilliam's earlier ruling, and there are also numerous other pending lawsuits related to the wall.

For reasons discussed in my earlier post, Judge Gilliam's rulings do not address several issues that are likely to come up in other wall-related cases. These include whether the situation at the border qualifies as "national emergency" under the National Emergencies Act of 1976 (whose invocation was necessary to trigger the use of some of the funds Trumps wants to access), and whether the president has the authority to use eminent domain to seize property for border wall construction not specifically authorized by Congress.

Judge Gilliam is the first federal judge to address (some of) the substantive issues at stake in the wall litigation. But, earlier this month, another federal trial court dismissed a wall lawsuit filed by the Democratic-controlled House of Representatives because the judge concluded the House lacked standing to file the claim. I criticized that ruling (which is also likely to be appealed) here.

Even if the standing decision stands up on appeal, it is unlikely to prevent judicial review of Trump's wall-building plan, because there are many other lawsuits against it brought by parties who clearly do have standing, even if the House does not. The real import of the standing decision is its potential impact on other separation-of-powers disputes between the president and Congress.

To briefly sum up, Judge Gilliam's decisions represent a notable victory for critics of Trump's wall-building plan. But this is just the beginning of what is likely to be a lengthy legal battle. Stay tuned!

On the brighter side, Biden wants 100 million vaccinations in 100 days and will push for immediate school reopenings.