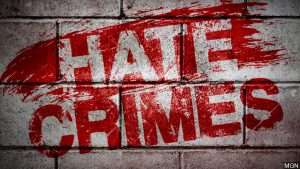 The US Court of Appeals for the Fourth Circuit recently issued a notable  decision upholding the constitutionality of a federal Hate Crimes Act prosecution, by concluding that Congress' power to regulate interstate commerce gives it the power to ban the conduct in question. In United States v. Hill, the court issued a divided 2-1 ruling overturning a district court decision that invalidated the conviction of an Amazon employee who assaulted a gay co-worker out of homophobic motives.

The decision is a complicated one. Both the majority opinion by Judge James Wynn and the dissent by Judge G. Steven Agee do an excellent job of outlining their respective positions and trying to ground them in the Supreme Court's Commerce Clause jurisprudence. If you really want to understand all the back and forth arguments, there is no substitute for reading both opinions in full. In this post, I will briefly outline the key issues at stake, and explain why I think the majority opinion sets a problematic precedent.

Homophobic assaults and other hate crimes deserve severe punishment. Perhaps hate crimes should even be punished more severely than otherwise similar "ordinary" violent crime. But, in most situations, the Constitution leaves that task to the states, not the federal government.

Hill assaulted the victim while the two were on the job. He was convicted under Section 249(a)(2)(B)(iv)(II) of the 2009 federal Hate Crimes Prevention Act, which criminalizes bias-motivated assaults (in this case an assault motivated by homophobia) in situations where assault "interferes with commercial or other economic activity in which the victim is engaged at the time of the conduct."

Before considering the decision, it's worth noting two constraints on its analysis. First, for procedural reasons, the court did not address the argument that the Hate Crimes Act is  unconstitutional as a whole; it only considered Hill's claim that it was unconstitutional "as applied" to his specific conduct. Second, the government argued only that this provision of the Act is a permissible exercise of Congress' Commerce Clause powers. It did not claim that it was also authorized by Congress' powers under the Thirteenth Amendment (which gives Congress the power to enact laws to suppress "slavery" and "involuntary servitude"). Several court decisions have upheld other federal hate crimes laws under the Thirteenth Amendment (in cases dealing with racially motivated violence, rather than homophobic attacks). I critique this sort of reasoning here.

In cases such as United States v. Lopez and United States v. Morrison, the Supreme Court ruled that the Commerce Clause gives Congress the power to regulate almost any "economic activity" as long as it had some substantial "aggregate" effect on interstate commerce. But it also emphasized the need to limit federal power under the Clause, so that it would not turn into an unconstrained general "police power," and noted that, at least as a general rule, Congress cannot use the Commerce Clause to regulate "noneconomic" activity merely because it had an aggregate effect on interstate commerce. Otherwise, Congress would have the power to restrict almost any activity, as virtually anything we do affects interstate commerce in some way (especially in combination with similar behavior by others).

In this case, both the majority and dissent recognize that Hill's assault was not "economic" activity in and of itself. It was not an economic transaction, nor did he have any kind of economic motive for his actions.

Nonetheless, the majority concludes that the prosecution falls within the commerce power for two main reasons. The first is that the relevant section of the Hate Crimes Act does not permit prosecution of any and all assaults that might affect the economy, but only those that  "interfere with commercial or other economic activity in which the victim engaged at the time of the conduct." This, Judge Wynn argues, provides a limiting principle that prevents this part of the Hate Crimes Act from morphing into a justification for unconstrained federal power: "For example, if Defendant had assaulted [the victim] Tibbs  at a private residence while Tibbs was not engaged in activity related to interstate commerce, then Defendant would not be subject to prosecution under the Hate Crimes Act."

Judge Wynn's second major point is that what matters is not the nature of the defendant's act, but its effect on interstate commerce:

[I]t is irrelevant that a bias-motivated "punch in the face" is non-economic, standing alone…. It is not the violent act itself, or the motivation behind that act, that triggers Congress's regulatory authority under the Commerce Clause, but the effect of that act on interstate commerce that renders it susceptible to federal regulation.

In my view, Judge Wynn's second argument undercuts his first. If what matters is the "effect" on commerce, and not either the motivation or the inherent nature of the defendant's actions, then the logic cannot be limited to cases where the defendant has disrupted "commercial or other economic activity in which the victim engaged at the time." Even if the victim was indeed just sitting at home and not doing anything "economic," an assault on him could have an impact on commerce. After all, the injured victim might end up buying fewer (or more) products in interstate commerce as a result. Even if that doesn't happen in any given case, it is surely true if we aggregate the impact of all similar assaults.

And Judge Wynn's logic requires us to do just that. That is how he gets around the fact that the evidence indicates that this particular attack had no effect on commerce, because  it did not in any way reduce the productivity of the Amazon facility where it took place.

For this reason, I agree with Judge Agee's dissent, where he points out that "[t]his unauthorized Commerce Clause expansion would result in a host of problems including the federalization of commercial property, the regulation of all aspects of employment and workplace conduct, and even the home, should individuals be engaged in work while there." Indeed, the majority's reasoning might even allow Congress to regulate activities in the home even in situations where the person in question does not "engage in work while there." After all, such activities still often have an aggregate effect on interstate commerce.

If, for example, I engage in a "couch potato" lifestyle at home, that might reduce my productivity at work, and in turn reduce the quantity or quality of interstate commerce. The aggregate commercial impact of such behavior may well be at least as great as that of bias-motivated crimes.

This flaw in the majority's logic explains why there is good reason to decry the Fourth Circuit's decision even if we sympathize with the objectives of the Hate Crimes Act (as I do). In the short run, it may make little difference whether the likes of Hill are prosecuted in federal or state court. If found guilty, they likely deserve what they get.

But the same logic that allows this prosecution, could also justify federal regulation of almost any activity that might have an aggregate impact on interstate commerce. Among other things, it would surely justify the proposed Protect And Serve Act, which would make it a federal hate crime to assault a police officer, thereby creating dangers for civil liberties. Liberals who might be tempted to cheer the outcome of this case should consider all the other things the federal government could criminalize using the same legal rationale.

Such an expansion of federal power makes a hash of the constitutional scheme of limited federal power, and can easily be abused. It would also undercut the usefulness of constitutional federalism as a tool for mitigating the conflicts caused by severe political polarization.

In my view, Section 5 of the Fourteenth Amendment does allow Congress to punish some types of hate crimes in situations where state authorities systematically fail to do so, out of reasons of racial, ethnic, or gender bias. In that scenario, the federal law would simply be countering state-government discrimination. This was an all-too-common problem throughout much of American history, particularly in the segregation-era South, where states routinely turned a blind eye to hate crimes committed by whites against African-Americans.

Today, however, few if any states are unwilling to prosecute hate crimes. Indeed, as the Fourth Circuit ruling explains, the Hill case ended up as a federal prosecution only after state prosecutors turned it over the feds. Virginia prosecutors were more than willing to go after Hill for assault and battery. But they preferred a federal case because the Virginia does not have a specialized hate crime law that covers homophobic assaults, like the federal Hate Crimes Act does. They apparently turned the case over to federal prosecutors because Hill could get a stiffer sentence as a result.  Even if you believe that prosecution under a hate crime law is preferable to prosecution for "ordinary" assault, the situation is a far cry from the sort of state-government bias that would justify federal intervention under the Fourteenth Amendment.

If some states do continue to exhibit bias against prosecuting hate crimes against certain groups, the appropriate - and constitutional - response would be a federal law specifically targeting those types of jurisdictions. We should not instead open the door to federal control of a vast range of private activities that in some way affect interstate commerce.

Later decisions could potentially limit the negative impact of Hill. The majority opinion is long and complicated and offers various potential hooks for judges who want to restrict its impact without overruling it. But I don't think they can coherently do it without imposing constraints on the key elements of Judge Wynn's reasoning described above.

What the Hell Just Happened With Crypto?

This Woman Spent 19 Years in Jail for a Murder She Didn't Commit. Now ICE Is Trying To Deport Her.

This Is the School Choice Moment. Will the GOP Screw It Up?