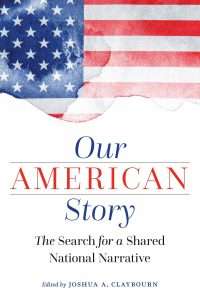 My just-published book chapter, "Foot-Voting Nation," is now available for free downloading on SSRN. It is part of a new book, Our American Story: The Search for a Shared National Narrative, edited by Joshua Claybourn. Here is the abstract:

Democracy and ballot box voting have often been held up as central elements of the American political tradition. Less emphasis has been placed on the centrality of "voting with your feet." Yet in many ways, it is an even more fundamental and distinctive feature of American politics than electoral democracy. Many nations have had democratic governments, and the idea of democracy long predates the founding of the United States.

In modern times, a good many political systems have been more democratic than the US, in the sense of giving greater power to political majorities. By contrast, few if any other nations have been so heavily influenced by "foot voting," through both internal and international migration. Both immigration and internal migration between states are, in most cases, forms of foot voting: the use of mobility to choose which government policies one wishes to live under.

Part I of this chapter provides a brief overview of the role of immigration in the American political tradition, which has deep roots going back to the Founding. Part II focuses on internal foot voting. Unlike immigration, the importance of the latter was not well understood by the Founding Fathers. They nonetheless designed a political system that facilitated it in crucial ways, and it has had a profound impact since.

Finally, Part III considers the continuing importance of foot voting in modern times, and emerging threats to its effectiveness, in the form of nationalist movements hostile to immigration and regulatory barriers that impede internal foot voting.

I thought it interesting that both Yale historian David Blight and I begin our respective chapters with quotations from Frederick Douglass' 1869 "Composite Nation" speech,  which I previously wrote about here. Hopefully, our two chapters will stimulate new interest in Douglass' underrated classic rumination on the meaning of America and the right to freedom of movement.

In June, the Volokh Conspiracy will be hosting a symposium that will include many of the contributors to Our American Story. Stay tuned!