"I know that the left and all the little gatekeepers on Twitter become literally hysterical if you use the term replacement, if you suggest that the Democratic Party is trying to replace the current electorate, the voters now casting ballots, with new people, more obedient voters from the Third World. But they become hysterical because that's what's happening, actually. Let's just say it: That's true. Look, if this was happening in your house—if you were in sixth grade, for example, and without telling you, your parents adopted a bunch of new siblings and gave them brand-new bikes and let them stay up later and helped them with their homework and gave them twice the allowance they gave you, you would say to your siblings, 'I think we're being replaced by kids that our parents love more.' It would be hard to argue against you." 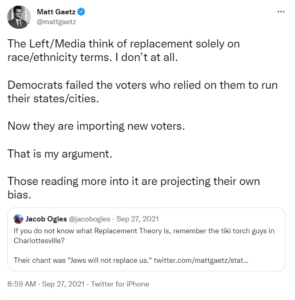 That's Tucker Carlson's summary of "the great replacement theory," a trendy conspiracy theory that was echoed in the Buffalo shooter's manifesto and in ongoing comments from Republican members of Congress such as Florida's Matt Gaetz (here and here) and New York's Elise Stefanik, who has run campaign ads accusing the Democrats of "planning…a PERMANENT ELECTION INSURRECTION" by  granting "amnesty to 11 MILLION illegal immigrants [who] will overthrow our current electorate and create a permanent liberal majority in Washington." 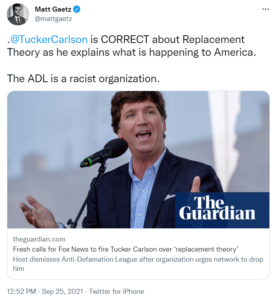 The great replacement theory is spectacularly wrong in asserting that the government is going to create millions of new citizens overnight. And it's wrong too, that in the unlikely event that happened, they will be "obedient" in voting for Democrats.

Tucker and his pals are also really worried about the government giving all sorts of new and better stuff to immigrants—brand-new bikes! twice the allowance!—but he's got it backward. Immigrants consume fewer welfare benefits than native-born Americans (about 39 percent less in average cash value). And when the U.S. has had a relatively open-door policy, government spending grew less quickly than in periods when immigration has been restricted.

The last truly major immigration law was passed in 1986 when Ronald Reagan signed bipartisan legislation that ultimately allowed 2.7 million illegal immigrants—mostly from Mexico—to gain citizenship. Since then, reform in Washington has proven elusive. Indeed, like George W. Bush's attempt in the mid-2000s, Joe Biden's stated desire to provide a path to citizenship for 11 million illegals has gone exactly nowhere, partly because he has maintained and even expanded some of Donald Trump's most-draconian policies. 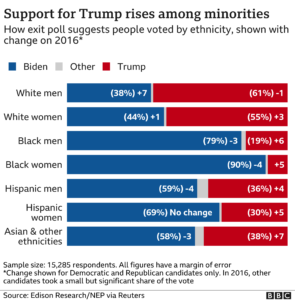 But even if those immigrants somehow became citizens overnight, would they automatically vote for Democrats and produce what Rep. Stefanik calls a "permanent liberal majority in Washington"?

Consider this: Within a few years of Reagan's amnesty program, the GOP took control of the House for the first time in 40 years and held it from 1995 until 2007; they basically did the same with the Senate. After losing majorities in the Obama landslide, they've managed back majorities as well. So over the past 40 years—a time of high immigration—the Republican party has somehow managed to secure more congressional power than they did during the previous 40 years.

As Alex Nowrasteh and Andrew C. Forrester of the Cato Institute have documented, between 1921 and 1968, restrictive immigration laws cut the percentage of the population that was foreign-born from 13 percent down to 4.8 percent. During that same period though, the New Deal and Great Society programs caused government spending as a percentage of GDP to soar from 6.9 percent to 18.9 percent—a hike of 174 percent. Immigration laws were loosened up in 1968, and the foreign-born population grew to almost 14 percent in 2017. Yet over the same time period, federal outlays as a percentage of GDP went from 18.9 percent to 20.4 percent, an increase of less than 8 percent.

What explains this phenomenon? "The Great Depression and other ideological shifts in public opinion were necessary for big changes in American policy during the New Deal, but they were politically possible because closed immigration removed the politically-effective immigrant welfare-queen argument," according to Nowrasteh and Forrester.

Ironically, if proponents of the great replacement theory actually want to get government spending under control, they'd best start lobbying for more newcomers, including from countries whose descendants voted in bigger numbers for Donald Trump in 2020 than they did in 2016.