The event attracted plenty of criticism from conservative media. Fox News made fun of its online description, which is filled with social justice jargon: "So-called professionalism is coded language, a construct that upholds institutional racist policies and excluding practices." But the presenters seemed to welcome the controversy; Cynthia Williams, assistant dean of community partnerships at the university, bragged that she was getting into "good trouble."

The entire presentation is available online, and it's just as cringeworthy as its conservative critics expected. Notably, the presenters cite the antiracist educator Tema Okun's "White Supremacy Culture" a body of dubious work that makes all sorts of unfounded and frankly racist assumptions. Indeed, the presentation includes a slide, "15 Characteristics of White Supremacy Culture"—though the slide only mentions five—that claims possessing a sense of urgency, preferring quantity over quality, wanting things to be written down, perfectionism, and becoming defensive are aspects of white supremacy. 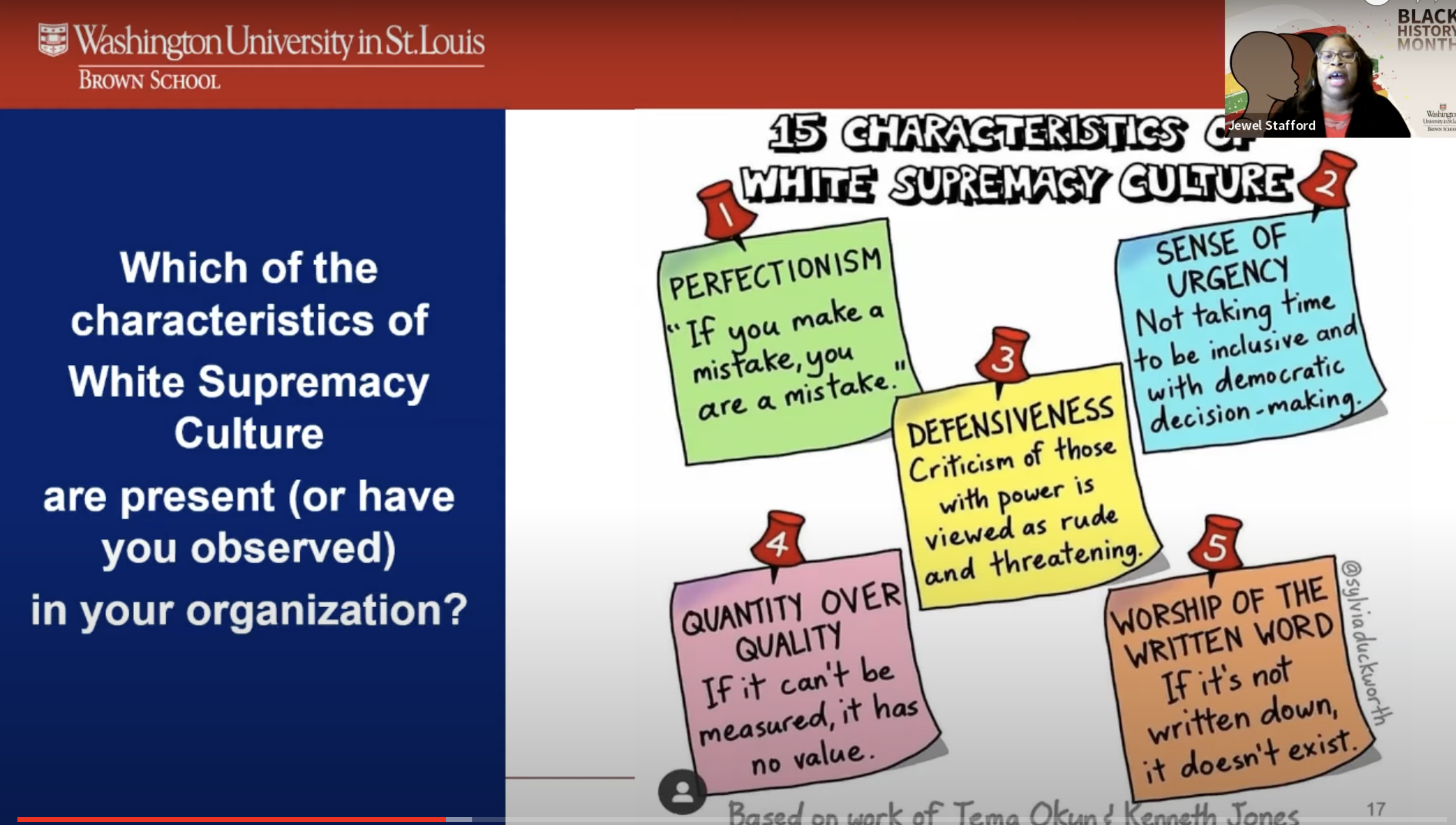 Defensiveness and perfectionism, when taken to excess, can contribute to unpleasant work, school, and social environments. But there is nothing that connects them to whiteness. A boss who sends too many memos may annoy his employees; it doesn't mean he is a white supremacist, or is propping up whiteness as a construct.

In fact, there's a danger in ascribing to "white culture" qualities that are, in many cases, positive. Similar work by Judith Katz, another antiracism expert, lists timeliness, planning for the future, self-reliance, being polite, and respect for authority as "aspects and assumptions of white culture." Timeliness and politeness are good things that have nothing to do with whiteness. Moreover, it would be wrong—and, again, racist—to teach kids of color that if they work hard and plan for their futures, they are betraying their heritage.

These claims by Okun and Katz are straightforwardly ridiculous, but their work shows up all over the place. This document, attributed to Katz, previously appeared on the website for the National Museum of African American History and Culture.

Liberal writers such as Jonathan Chait and Matthew Yglesias have condemned the work and urged educators to stop using it, but it still shows up everywhere. And while the work by Okun and Katz isn't exactly the same thing as critical race theory, it's true that there's some overlap in terms of how these concepts are presented in antiracism workshops by so-called experts.

To the extent that the backlash against critical race theory is partly a backlash against assistant deans of diversity asserting that writing things down on notepads is racist, it should be easy to understand why it is happening. Educators should really stop using this framework when they discuss racism.