While most students think their professors adequately encourage diverse viewpoints in the classroom, don't want speakers disinvited from campus, and are comfortable sharing controversial opinions, 85 percent of liberals think professors who say something offensive should be reported to the university.

That's according to a new survey of student attitudes conducted by North Dakota State University's Sheila and Robert Challey Institute for Global Innovation and Growth. Many of the results were positive: Most students—both liberals and conservatives—said their professors create environments that allow for many different viewpoints to be shared. Large majorities also opposed the rejection of controversial speakers from campus.

In general, conservative respondents were more supportive of free speech norms—and also more fearful that they would be punished for speaking up—than liberal students. But on many questions, majorities of both groups responded the way a free speech supporter would.

Probably the most concerning result was that 70 percent of students—85 percent of liberals, 41 percent of conservatives, and 65 percent of those classified as "independent/apolitical"—wanted professors reported to the administration for making offensive statements. Most students also felt this way about other students who said offensive things. 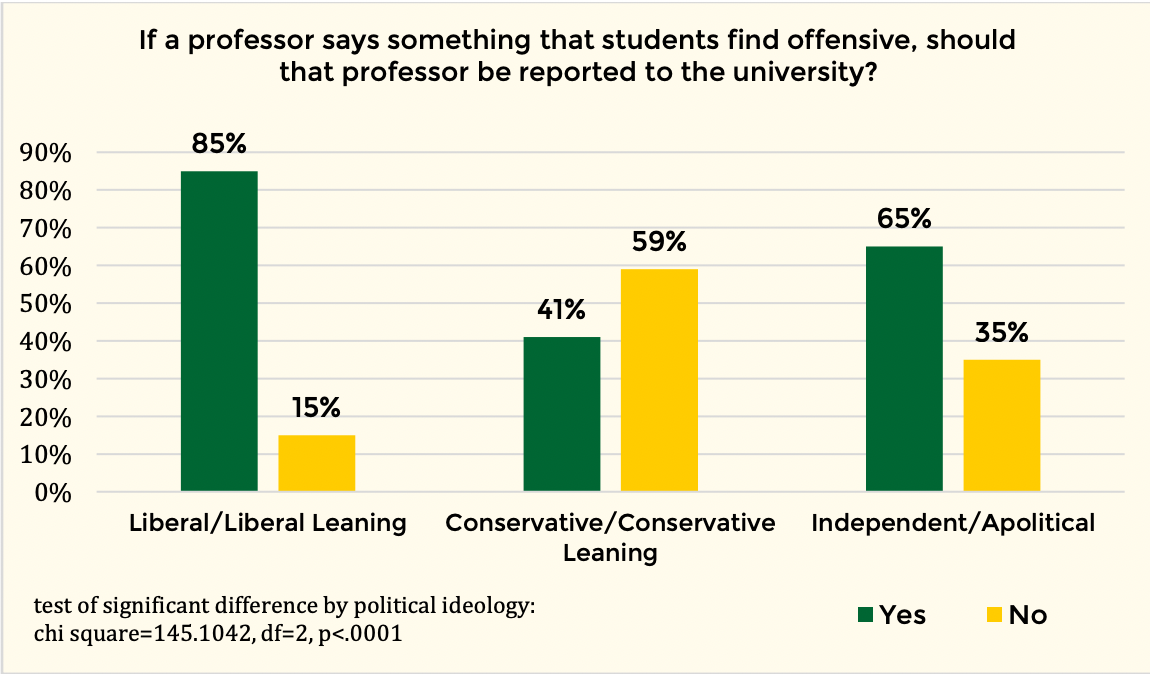 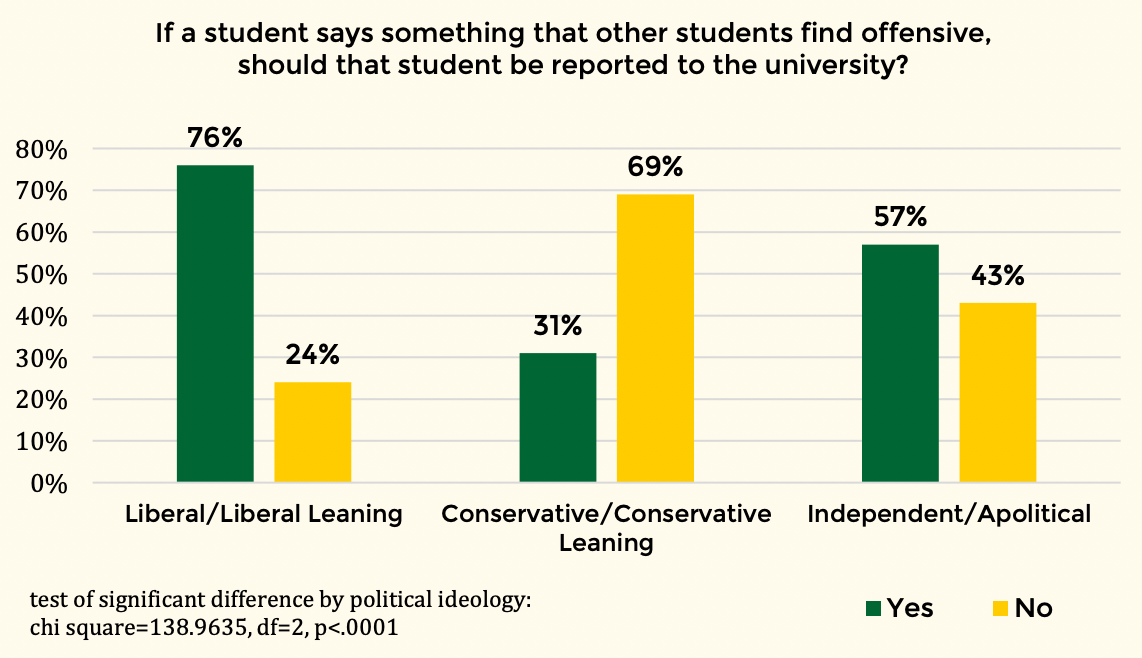 The survey does not define the word "offensive," so it's impossible to know what kind of speech the respondents had in mind. Professors are frequently reported for uttering ethnic slurs, though many such occurrences are misunderstandings or arguably legitimate educational uses.

Jeffrey Sachs, a lecturer at Acadia University who occasionally offers thoughtful critiques of my articles about the size of the campus free speech problem, tells me not to make too much of these findings.

"There's a significant problem that makes the findings difficult to interpret," says Sachs. "We know that to a large extent, students sort themselves into majors, social networks, and so forth according to their politics. Liberals are more likely to go into humanities and social sciences, whereas conservatives will gravitate toward STEM and professional studies. It's not a hard and fast law, but it's generally a strong correlation. The upshot is that it means something very different when a professor says something offensive or controversial in a political science course vs. a mathematics course. Which means that when you ask students a question like the one posed in the survey, 'If a professor says something that students find offensive, should the professor be reported to the university?', respondents will imagine something very different depending on their major and general classroom experience."

Overall, this survey's findings seem to align with my general sense of the campus speech problem. Most professors work hard to make the classroom hospitable to differing viewpoints, and enjoy sparring with their conservative students, whose fears of retaliation are often unfounded. But there is some number of very progressive students possessed of a militaristic desire to punish other students and professors—even quite liberal ones—for saying the wrong thing, and formal administrative complaints are their weapon of choice.