A campaign to ban facial recognition on college campuses has just been launched by the non-profit organizations Fight for the Future and Students for Sensible Drug Policy. Facial recognition technology is already being deployed in some public school systems, so the organizers want to get ahead of the spread of pervasive surveillance to higher education.

"Facial recognition systems are a great alternative to plastic cards, password systems, attendance registers, and manual processes, and the technology represents an upgrade to secure systems access from mobile devices," explains Raja Saravanan, head of software architecture at Ellucian, in his pitch to colleges. He cheerfully adds that facial recognition software can be configured to check class attendance while also monitoring students' nonverbal reactions in real-time as they listen to lectures. 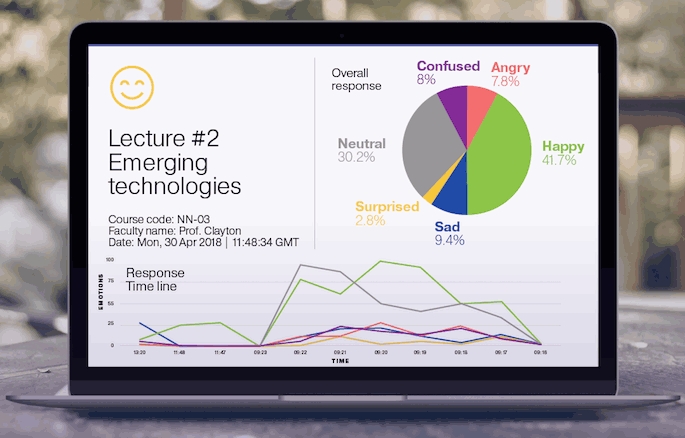 With regard to enhancing campus security, Saravanan noted, "Recently, one of the top universities in China, Beijing Normal University, implemented a facial recognition system to prevent intruders entering student dorms." That example is not especially reassuring considering that China's authoritarian government is deploying hundreds of millions of cameras hooked to facial recognition as a mainstay of its social credit surveillance state.

In order to "foster a culture of trust around facial tracking," Saravanan recommends that campus facial recognition be rolled out incrementally and acknowledges that "students and faculty may want the ability to opt out." He adds, "It's important to design an experience that doesn't convey a culture of surveillance." Of course, pervasive tracking of where, when, and with whom students and faculty interact even to the point of monitoring their facial expressions to determine their moment-to-moment emotional states in real-time will necessarily result in a culture of surveillance.

"Facial recognition represents a dystopic advancement of the police state," states the ban campaign website. Why? "Facial recognition is unlike any other form of surveillance," explains the campaign. "It enables automated and ubiquitous monitoring of an entire population, and it is nearly impossible to avoid. If we don't stop it from spreading, it will be used not to keep us safe, but to control and oppress us—just as it is already being used in authoritarian states."

Of perhaps more immediate concern, notes Erica Darragh, a board member at Students for Sensible Drug Policy, is that "if a university's facial recognition system gets hacked, students can't just change our faces and our lives like a credit card number."

The ban organizers suggest that natural campus allies for the campaign include Young Democratic Socialists, Students for Liberty, and Young Americans for Liberty.

Check out the ban campaign's scorecard listing the responses and non-responses from nearly 100 top universities on whether or not they plan to deploy campus facial recognition technology.