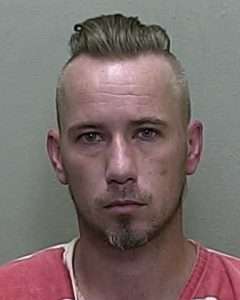 A Florida prison guard accused of breaking a female inmate's neck in a vicious attack, and who has a long history of inmate complaints alleging physical and sexual abuse, was arrested Wednesday on charges of molesting two minors.

According to the sheriff's office, Turner's accuser wrote a letter to a family member saying Turner began abusing her on a nightly basis when she was 6, and that the abuse continued until she was 16. During the investigation, detectives interviewed another juvenile who said she was sexually abused by Turner.

As Reason reported, Turner is one of two correctional officers named in a civil rights lawsuit accusing him of paralyzing an inmate at Lowell Correctional Institution, Florida's largest women's prison, where Turner watched over the vulnerable population for nearly a decade.

On Aug. 21, Lowell inmate Cheryl Weimar was admitted to the hospital with severe neck trauma. According to her lawsuit, Weimar, who has a history of mental illness, complained that she couldn't clean toilets because of pain from a pre-existing hip condition. This led to a confrontation with Turner and another guard, according to Weimar's lawsuit.

Weimar tried to declare a psychological emergency. Under department policy, the guards should have called for medical personnel. Instead, Weimar's lawsuit alleges, Turner and the other officer slammed her to the ground and began beating her. At least one guard elbowed the back of her neck, the suit says. Weimar was then dragged "like a rag doll" to an area not covered by surveillance cameras.

Weimar is now quadriplegic, according to the lawsuit.

Records released last week in the lawsuit revealed that Turner had a decade-long history of inmate complaints against him alleging excessive force, sexual abuse and misconduct, racial slurs, and sadistic punishments that included leaving a handcuffed woman in 93-degree heat for 3 hours while calling her a "fat pig." Another inmate told sheriff's deputies that she witnessed Turner and another officer trading contraband cigarettes for oral sex.

None of that stopped Turner, who at some point was promoted to lieutenant, until this August.

Last August, the Justice Department launched a civil rights investigation into pervasive misconduct and sexual assaults by correctional staff at Lowell. A 2015 Miami Herald investigation found numerous accusations of assaults, retaliation, filthy conditions, inadequate healthcare, and suspicious deaths at the prison, as well as "an inadequate number of cameras," which allows guards to hide brutality.

Democratic Florida state Rep. Dianne Hart said in a statement today that she applauds the Marion County Sheriff's Office for making the arrest. "However, with over 130 pages of documented official FDOC incident reports detailing the horrors that Lt. Turner inflicted on the women of Lowell Correctional sitting on my desk and Cheryl Weimar with a broken neck," she continued, "I find it absolutely disgusting that Lt. Keith Turner still has a place at FDOC, and I pray that justice is served in all cases involving Lt. Turner."

After Weimar's hospitalization, the state launched several investigations into the incident, and Turner and the other guard were reassigned to jobs where they would not have contact with inmates.

Following his arrest, the FDOC says it is moving to fire Turner immediately.

"The Sheriff's findings in this case against Mr. Turner are abhorrent and in complete contrast to the values and integrity held by our staff," FDOC Secretary Mark Inch said in a press statement. "We are moving forward with his immediate dismissal."

Gavin Newsom's Idiotic Case Against the Recall: It Costs Too Much!