"Latinx," the progressive, gender-neutral alternative to Latino/Latina, is a favorite of campus activists and ethnic studies departments. But among the broader population of Hispanic people, it's wildly unpopular: Just 2 percent of respondents to a nationwide poll chose it as their preferred term.

So says Mario Carrasco of the market research agency Think Now. Although his group is "progressive on social issues," he writes, "as researchers, we have to put aside our personal biases and render advice based on the best available empirical evidence." And the evidence shows that practically nobody wants to be called Latinx: 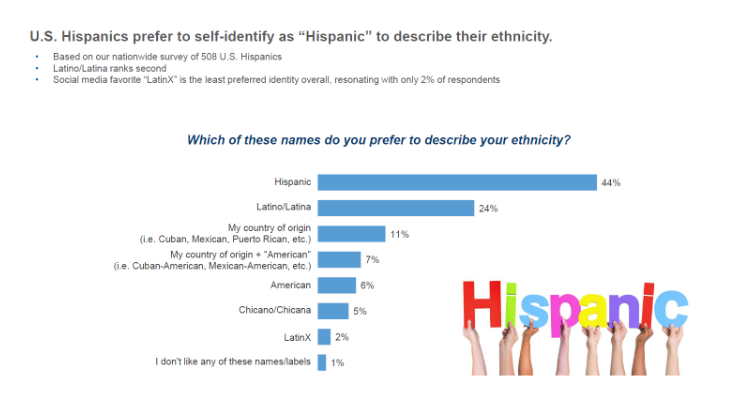 The Stranger's Katie Herzog interviewed Carrasco, who was a little surprised at how unpopular Latinx was.

The term may not be popular with actual Hispanics, but Democratic presidential frontrunner Sen. Elizabeth Warren (D–Mass.) sure seems to like it. She referenced "African American and Latinx families" during her remarks at the June debate. This kind of thing—embracing politically correct terminology that a tiny minority of extremely progressive people embraces—could easily backfire on a general election candidate, perhaps Warren most of all.