Reason is supported by:
Robin Swenson

You know what leaped out at me in Donald Trump's weird screed about the pope today? These eight words: 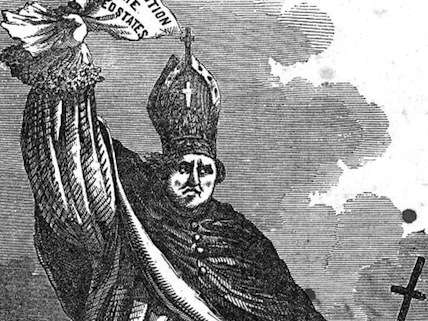 "They are using the Pope as a pawn"

Back in the day, people like Trump thought the man in Rome was the grand chessmaster, not a mere pawn of a Mexican cabal. Along with all the other ways he's shaking up politics, Trump is now turning the old nativist conspiracy stories on their head.