Since the Oath Keepers returned to Ferguson last week, the best article I've seen on what they've been up to there is this one, by Gawker's Andy Cush. It's a balanced piece that takes a serious look not just at the differences between the Oath Keepers and their critics, but at the divisions within the group itself—reporting, for example, that Sam Andrews, the fellow leading the organization's activities in Ferguson, "has never attended a meeting of the greater St. Louis chapter of the Oath Keepers, and he seems to disdain those who do attend." (At a chapter meeting, meanwhile, members "seemed split" on whether they supported what the Oath Keepers in Ferguson were up to.) And while other articles on the group frequently quote the Southern Poverty Law Center's criticisms of the organization, Cush gets credit for actually comparing the SPLC's comments to what he's seeing on the ground: 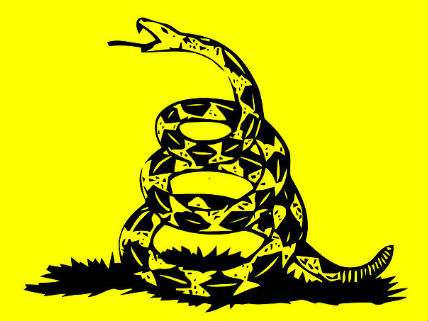 Mark Potok, a senior fellow at the Southern Poverty Law Center, told me he considers the Oath Keepers' support of protesters to be disingenuous, cooked up ex post facto after they were widely vilified by demonstrators and in the media. According to Potok, the group's stated reason for attending—to protect a journalist working for InfoWars' Alex Jones, who Potok calls "the most prolific and unhinged conspiracy theorist in America"—shows that they only wanted to advance their own apocalypse-minded politics.

"I think they realized rather quickly that very few people looked on them kindly, and all of a sudden they became defenders of black protest against police violence," Potok said. "The reality is they've never said anything like that in their entire history. I think it's ludicrous."

But Andrews' fury at the police seems genuine. And it is not surprising at all in the context of the Oath Keepers' beliefs. Among the group's "Declaration of Orders We Will Not Obey" sits an entry for warrantless searches of American people—a callback to the Fourth Amendment and the 18th-century searches that inspired it, and one that has a rough modern analog in stop-and-frisk….It's easy to see why an Oath Keeper who is sure that the U.S. government aims to impose martial law and round up its citizens into concentration camps might be spooked by the contemporary Hummer-driving and rifle-wielding American police force.

Cush doesn't come off as a supporter of the Oath Keepers, just a journalist who's interested in figuring out where the movement's members are coming from—and who understands that it's possible for different factions of an organization to have different points of view.