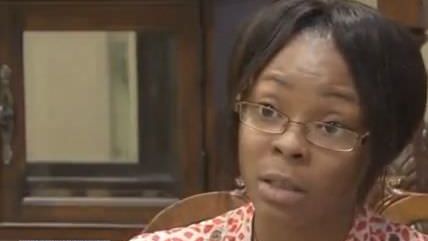 What is it with Texas cops and roadside vaginal searches? Last May I described three strikingly similar cases in which Texas troopers fruitlessly looked for marijuana in the private parts of women pulled over for minor traffic offenses. The incidents were outrageous enough to inspire a new law requiring a warrant for such searches, which takes effect on September 1. That is too late for Charnesia Corley, a 21-year-old woman who was sexually assaulted in the name of pot prohibition by Harris County cops on June 21, just two days after Gov. Greg Abbott signed the law aimed at stopping this sort of abuse.

The Houston Chronicle reports that Corley was pulled over by a Harris County sheriff's deputy for allegedly running a stop sign around 10:30 p.m. Claiming to smell marijuana in her car, the deputy searched it for nearly an hour but found no contraband. Returning to his patrol car, where Corley had been sitting in handcuffs, the deputy said he smelled marijuana again. He called for a female deputy to conduct a body cavity search. The female deputy ordered Corley to bend over in the parking lot of a gas station and pulled down her pants. When Corley objected, according to her lawyer, the deputy threw her to the ground and held her there until another female officer arrived to help with the search. The two of them held Corley's legs apart, probing her vagina and anus.

"All I could do was lie there helpless," Corley told KTRK, the ABC station in Houston. "I feel like they sexually assaulted me. I really do. I felt disgusted, downgraded, humiliated." KTRK says the deputies "found .02 ounces of marijuana"—that's two hundredths of an ounce, or about half a gram. The report does not specify where this terrifying vegetable matter was located. According to KTRK, "deputies say she consented to the search," which presumably explains why she had to be handcuffed and forcibly restrained. Correspondent Kevin Quinn notes that Corley was charged with resisting arrest as well as marijuana possession (both misdemeanors), which seems inconsistent with the claim that she willingly cooperated in her own violation.

"What these officers did out there at the Texaco station was unconscionable," Corley's lawyer, Sam Cammack, told the Chronicle. "I've worked many big cases, and I've never seen that." Cammack told KTRK "it's undeniable that the search is unconstitutional." Rebecca Robertson, legal and policy director at the ACLU of Texas, concurred. "A body cavity search without a warrant would be constitutionally suspect," she told the Chronicle. "But a body cavity search by the side of the road…I can't imagine a circumstance where that would be constitutional."

Even more strikingly, Robert Goerlitz, president of the Harris County Deputies Organization, told the Chronicle roadside cavity searches are contrary to department policy, which says such searches should be performed at a substation following an arrest. "I can't really say I've ever heard of that happening before," he said. "That's kind of shocking to me." That's right: The president of the union representing Harris County sheriff's deputies says their search of Corley is "shocking." But according to KTRK, "Harris County Sheriff's spokesperson Thomas Gilleland said the deputies did everything as they should."

Unfortunately, the case law in this area is not quite as clear as Cammack and Robertson imply. Although the Supreme Court has never approved warrantless strip searches of people who are not in custody or crossing a border, the Texas Court of Criminal Appeals has said a body cavity examination may be permitted as a "search incident to arrest" in settings other than a jail or police station. In that case the search followed the arrest and occurred in "a secluded area" of a fire station—not in public on the side of the road, a location that makes the search more humiliating and therefore less likely to be deemed "reasonable" under the Fourth Amendment. Corley's ordeal also differs from that case in that it involved physical contact, as opposed to a visual inspection, and was not based on specific information indicating that she had a habit of hiding drugs inside her body.

Still, Texas cops were confused enough on this question that state legislators decided it was necessary to specify that "a peace officer may not conduct a body cavity search of a person during a traffic stop unless the officer first obtains a search warrant pursuant to this chapter authorizing the body cavity search." What's amazing is that even though the governor had just signed that bill, which was unanimously approved by the legislature in response to cases that attracted national attention, the deputies who assaulted Corley thought there was nothing wrong with what they did, and a spokesman for their employer is still defending it.

[Thanks to Maia Szalavitz for the tip.]