The president has attacked the enemies of ObamaCare as "well-financed forces" and "those who are profiting from the status quo." So Tim Carney of The Washington Examiner put in calls to the White House and to Obama's group Organizing for America to ask who, specifically, these vaguely defined enemies are. They didn't return his calls.

So Carney went spelunking for answers on his own: 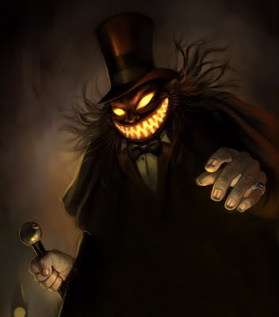 A prime suspect "profiting from the status quo" would be the industry within the medical sector with the highest profit margins, namely the drug makers, which averaged 16.5 percent profit margins last quarter.

But the drug makers have been team players. The Pharmaceutical Manufacturers and Researchers of America, the largest industry lobbying group in the country, is shelling out $12 million for pro-"reform" ads this summer and fall. Obama has bragged that "even the pharmaceutical industry" is on board.

Doctors? Nope. Obama said in Portsmouth, "We have the American Medical Association on board."

The obvious culprit remaining is the health insurance industry. Why, then, don't Obama or the DNC name the insurers, and their lobby, America's Health Insurance Plans, as the "well-financed forces" profiting from the status quo. Is the president just being polite?

More likely the president doesn't want to name the health insurers as enemies because the industry is lobbying for most of the Democrats' plans -- especially the subsidies for private insurance and the proposed mandate that everybody buy insurance. The industry dissents on only one proposal: a government insurance option.

For Obama, a nameless enemy is more useful because it allows people to imagine whatever "well-financed forces" they like as the enemy….Obama, in "The Audacity of Hope," described himself as "a blank screen on which people of vastly different political stripes project their own views." Today, through his rhetoric, Obama has created a different blank screen, one on which he invites his allies to project not their hopes but their fears and resentments.

If you're thinking that this is exactly what the opponents of ObamaCare have been accused of doing -- whipping up public paranoia about shadowy elites while serving elite interests themselves -- then all I can say is: Yeah, I noticed that too.