The fifteenth episode (Apple Podcasts link here and Spotify link here) of Strangers on the Internet with co-host and psychologist Michelle Lange is a special one: In this exclusive interview, we sit down with Tinder Swindler celebrity victim Cecilie Fjellhøy.

See what the London-based Norwegian IT consultant has to say about fraudster Simon Leviev and the continued battles to bring him to justice, her and his current dating status, life after starring in Netflix's most-watched documentary of all time, her experiences with British law enforcement, her anti-catfishing activism, and much, much more.

Want to know what Simon's victims thought "was one of the questions [they] wanted explored in the documentary" that didn't make it through? Plus, why did Cecilie and other victims keep being told "you can't say that" by interviewers in the mainstream media about parts of their story they wanted out there? We asked, and she answered.

Some helpful background before listening to this episode, in addition to watching the Tinder Swindler Netflix documentary, is our episode on narcissism and past interview with two other catfishing victims (part 1 and part 2).

Don't forget to hit "Follow" here so you can automatically get part 2 of our Cecilie Fjellhøy interview and our future episodes on your preferred platform! 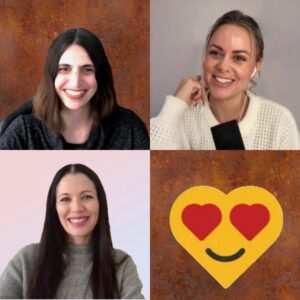