Chief Justice Roberts rarely writes dissents. But when he does, readers are in for a treat. The Chief did not disappoint in Ysleta del Sur Pueblo v. Texas. Roberts wrote the dissent, which was joined by Justices Thomas, Alito, and Kavanaugh. Justice Gorsuch wrote the majority opinion in favor of the Indian tribe. (I should create a macro for that sentence.) Justice Barrett cast the swing vote, and joined Gorsuch's opinion.

The case is extremely complex, but at bottom, considers whether an Indian casino can offer bingo. Or is it bingo? In dissent, Chief Justice Roberts contends that the game being offered is not bingo:

In 2017, Texas inspected the Pueblo's Speaking Rock Entertainment Center to determine whether it was complying with state law. The answer appeared to be "no." Slot machines are outlawed in Texas, as are "gambling device versions of bingo." Tex. Penal Code Ann. §47.01(4)(A) (West 2011); see also §47.02(a)(3) (West Supp. 2021). Yet inside the Tribe's casino, officials found more than 2,000 machines that looked exactly like "'Las-Vegas-style slot machines.'" 955 F. 3d, at 412. Players press a button, graphics spin, noise plays, and eventually players learn whether they have won or lost. The machines are accessible 24 hours a day and, for added effect, are emblazoned with names like"Big Texas Payday," "Welcome to Fabulous Las Vegas," and "Lucky Duck." 2019 WL 639971, *5 (WD Tex., Feb. 14, 2019). Although the machines resemble slot machines in every relevant respect, the Tribe insisted they were a form of bingo, because whether a player wins turns on "historical bingo draws." Ibid. [Footnote 1]

And in Footnote 1, we meet a certain dog who belonged to a farmer:

A photograph from the record of this version of "bingo" is appended to this opinion. It confirms that the electronic bingo played at the Speaking Rock Entertainment Center is about as close to real bingo as Bingo the famous dog. 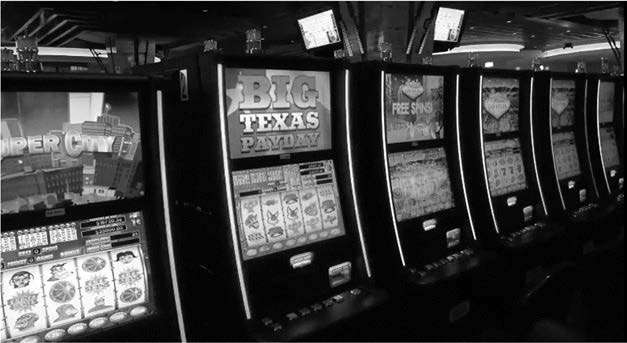 Well done. The humor is subtle, but effective, like the Alice in Wonderland reference from Cruz v. FEC. As I read through Gorsuch's majority opinion, I kept waiting for a dreadful Bingo pun, and thankfully, it never came. For those who do not get the reference, here is the clip from CoCoMelon, the second-most popular YouTube channel, which I suspect most parents know all-too-well.

Roberts also used some excellent word-play in the penultimate sentence, with two meanings of "reservation":

The Court today throws out that balance, treating gaming on this reservation as if it were just like any other Public Law 280 reservation. I respectfully dissent.

May I offer Roberts some more praise? Yesterday the Chief favorably cited Judge Van Dyke in his public charge concurrence. What is going on?!

Lest anyone think I am going soft, I recently rewatched The Naked Gun and thought of the Chief. Far too often, Roberts emulates Leslie Nielsen's approach to umpiring.

Getting to the holding of a Roberts opinion sometimes resembles getting the third out in the classic Angels-Mariners game. And throwing up all the balls in the air at the last second reminds me of the hard look analysis in the DACA case–it is impossible to catch everything!