But it does seem that among the under-50-year-olds, there is about 35-40% support, with no detectable aggregate difference between Democrats (averaging 38-54%) and Republicans (37%-56%). 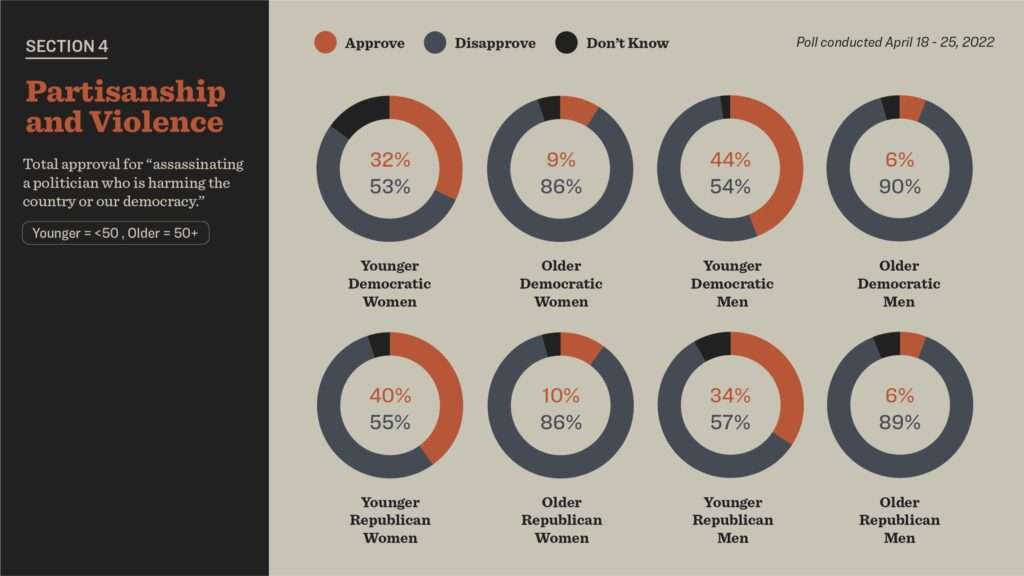 I should say that, as a matter of abstract morality, assassinating political figures might be defensible. That's certainly so within despotic governments; but some argue that, even within democratic regimes, people's moral right to self-defense extends to lethal force  (whether in the form of violent revolution or more targeted assassination) used to defend against sufficiently serious threats to liberty.

But given the extraordinary damage that a culture of political assassination can do both to democracy and to liberty, I have to be pretty firmly in the "no" camp here. And, if the survey is accurate, the results strike me as extremely troubling, as to both sides of the aisle.

If I learn more about either the margins of error for each subcategory, or the specific language of the questionnaire, I'll post an update.