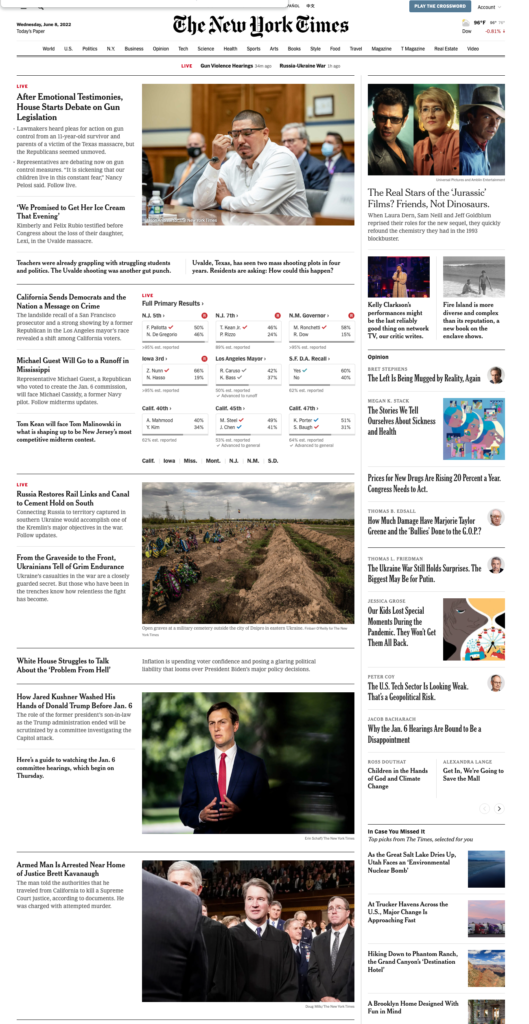 I agree with Nate Silver.

I don't agree at all with blaming the leak for it, but yeah it's sort of crazy that it's not being treated as a bigger story (NYT homepage screenshot presented for posterity). There's often more bias in which stories are deemed to be salient than how they're written about. pic.twitter.com/aNJZAdmUG8