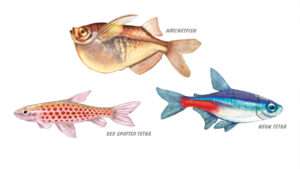 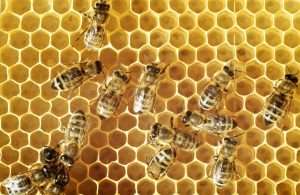 Earlier today, a California state appellate court ruled that bees qualify as "fish" under the state's Endangered Species Act, and thus four species of bees could be listed as endangered under a provision of the Act that covers "fish." The court indicated that "Although the term fish is colloquially and commonly understood to refer to aquatic species, the term of art employed by the Legislature in the definition of fish in section 45 is not so limited."

The decision is not as ridiculous as it may seem at first sight. While courts generally interpret words in statutes in accordance with their ordinary meaning, many precedents also hold that this rule can be set aside in situations where it is clear that the legislature used the word as a specialized "term of art" that diverges from common usage. That's what the court concluded here:

A fish, as the term is commonly understood in everyday parlance, of course, lives in aquatic environments. As the Department and the Commission note, however, the technical definition in section 45 includes mollusks, invertebrates, amphibians, and crustaceans, all of which encompass terrestrial and aquatic species.… Moreover, by virtue of the express language in section 2067, the Trinity bristle snail — a terrestrial mollusk and invertebrate —is a threatened species under the Act and could have qualified as such only within the definition of fish under section 45. In the end, we do our best to determine the Legislature's intent when it enacted the Act, while construing the Act liberally, as we must. (In re Pedro T. (1994) 8 Cal.4th 1041, 1048 ["[i]t is axiomatic that in assessing the import of a statute, we must concern ourselves with the Legislature's purpose at the time of the enactment"]; San Bernadino Valley Audubon Society v. City of Moreno Valley, supra, 44 Cal.App.4th at p. 601 ["[l]aws providing for the conservation of natural resources are of great remedial and public importance and thus should be construed liberally"]….

We conclude a liberal interpretation of the Act,12 supported by the legislative history and the express language in section 2067 that a terrestrial mollusk and invertebrate is a threatened species (express language we cannot ignore), is that fish defined in section 45, as a term of art, is not limited solely to aquatic species. Accordingly, a terrestrial invertebrate, like each of the four bumble bee species, may be listed as an endangered or threatened species under the Act.

I myself am not entirely convinced that this context is enough to overcome the strong presumption that courts are usually supposed to interpret words in accordance with ordinary meaning. It seems to me that the inclusion of mollusks under the same category as fish could have been treated as an ad hoc exception explicitly added by the legislature, rather than as a general change in the meaning of "fish" that allows almost any type of wildlife to be included in that category.

I will leave further analysis to those with greater expertise on the relevant statute than I have. For now, I will only note that this is the kind of ruling that gives lawyers a bad reputation among laypeople. Few if any nonlawyers could take seriously the notion that bees qualify as fish!

That doesn't mean that the lay reaction to a case like this is necessarily right. When experts disagree with laypeople on technical matters, the former are often right precisely because of their specialized knowledge. But if interpreting the meaning of a simple term like "fish" can lead to counterintuitive conclusions that only experts can fathom, that seriously undercuts the idea that law is supposed to be clear and accessible to ordinary people.

Imagine an ordinary Californian reading the state Endangered Species Act to try to figure what actions might violate it. Such a person would be hard-pressed to figure out that harming bees is a no-no because the latter legally qualify as fish! That's the kind of thing you pretty much have to be a lawyer to think of.

UPDATE: Co-blogger Jonathan Adler, an expert on environmental law, has a post on the case here. I wrote the above before noticing that he had beaten me to the punch by a few minutes.