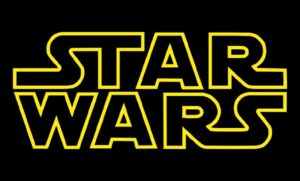 Today is Star Wars Day! In honor of this exciting event from a galaxy far, far away, here are some links to various writings and speeches I have done on the politics of this immensely popular science fiction franchise.

Much of this is copied from my 2018 Star Wars Day post, because I – unfortunately – have not had much chance to write about the most recent Star Wars series. But I hope to remedy that when time allows. Until then – may the Force be with you – even if you don't have a high Midichlorian count!

Rogue One and the Politics of Star Wars (my take on political themes in the best Star Wars movie since the original trilogy). This is probably my personal favorite among my Star Wars-related pieces. Among other things, it discusses why it's important to think about what the Rebels are fighting for, as well as what they are against, and why, they, like many of the American Founding Fathers, are "simultaneously freedom fighters and slave owners."

Star Wars, Science Fiction, and the Constitution (an analysis of Cass Sunstein's well-known book The World According to Star Wars).

The World According to Star Wars (video of Cato Institute panel on Cass Sunstein's book of the same name, featuring the author and commentary by Michael Cannon (Cato Institute) and myself.

The Politics of Star Wars (audio of my December 2015 Libertarianism.org podcast on the politics of the Star Wars franchise – produced just before the release of The Force Awakens, so it only covers the development of the franchise up to just before that point).

More recently, I have written informal Facebook commentary on "The Book of Boba Fett," and "The Mandalorian." If the opportunity arises, I hope to turn these into more developed writings.