For those watching on TV, you may have noticed that the room was packed with spectators. What may not have been clear was that every attendee was either Senate staff, or a guest of a Senator. There was no general admission line. Tickets were handed out by Senate offices for thirty minute increments. And every thirty minutes, the attendees rotated out. The upshot of that policy is that every guest was screened, carefully. There was no potential for disruption like during the Kavanaugh hearings.

Under the Senate's COVID policy, members of the public can only enter the building if escorted by a Senate staffer. In the past, the public could enter a Senate building for any reason or no reason at all. I asked a Capitol Police Officer when that policy would be relaxed. He joked, and said never.

I was able to watch questioning from Senators Leahy, Cruz, Coons, Sasse, Blumenthal, Hawley, and Hirono. There were some fireworks during Cruz's time, which I'm not sure were fully captured on camera.

Photographs were prohibited during the hearing, but I was able to get a picture of Judge Jackson walking out during a break. She is in the blue dress. 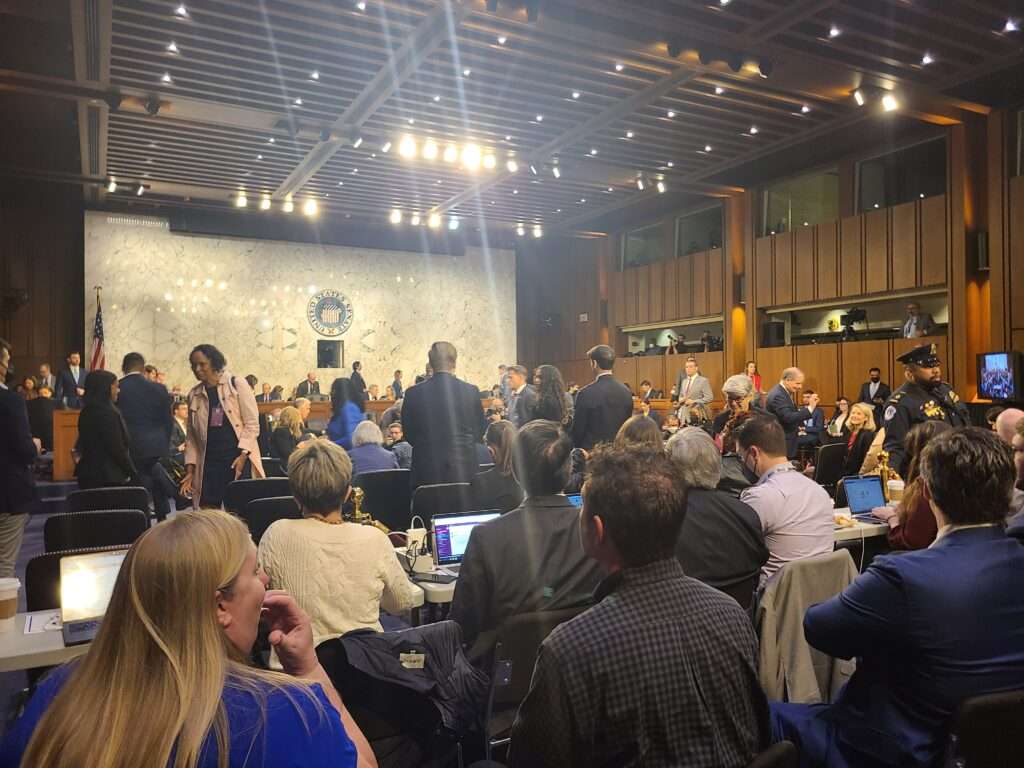