More than 1,000 books from Justice Ginsburg's personal library are up for auction. I was drawn to books gifted by her colleagues.

Justice Scalia inscribed a copy of Reading Law, "With respect and warm regards." 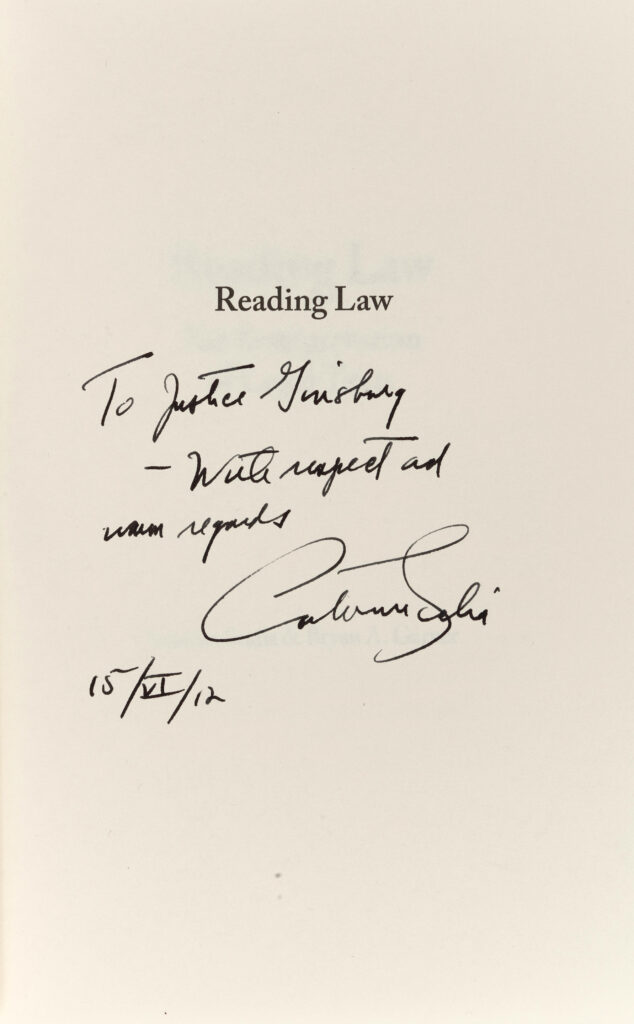 Fascinating that he wrote the date 15/VI/12, instead of the usual 6/15/12. Was this usage of the roman numeral a Scalia quirk?

Justice Sotomayor inscribed My Beloved World with "I hope you enjoy it." 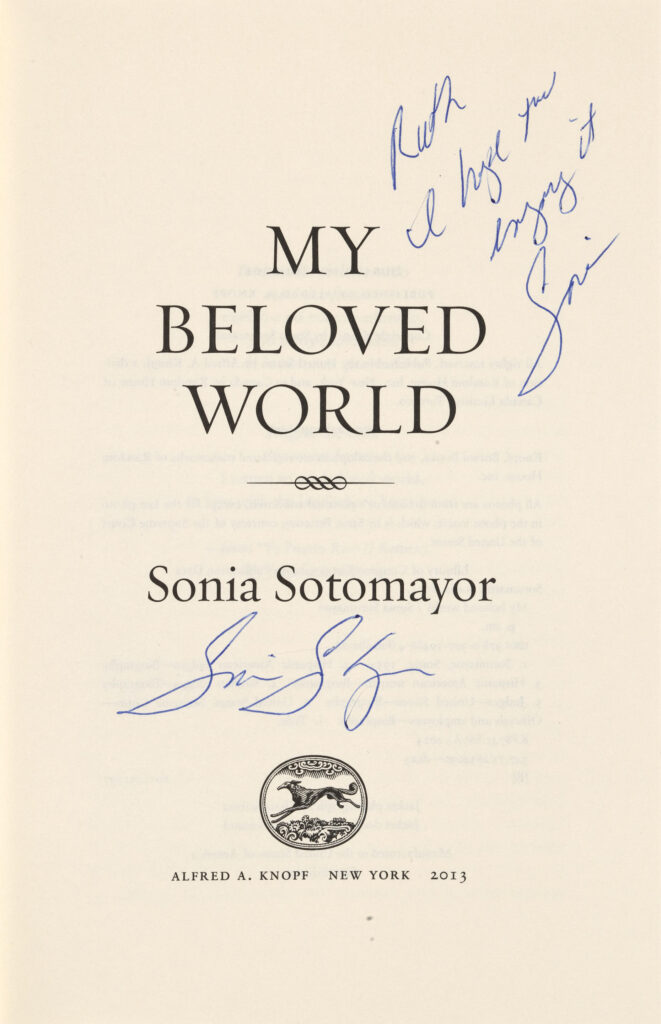 Justice Breyer's inscription for The Court and the World resembles his questions during oral arguments: rambling, way-too-long, all-over-the-place, barely intelligible, but genuine. 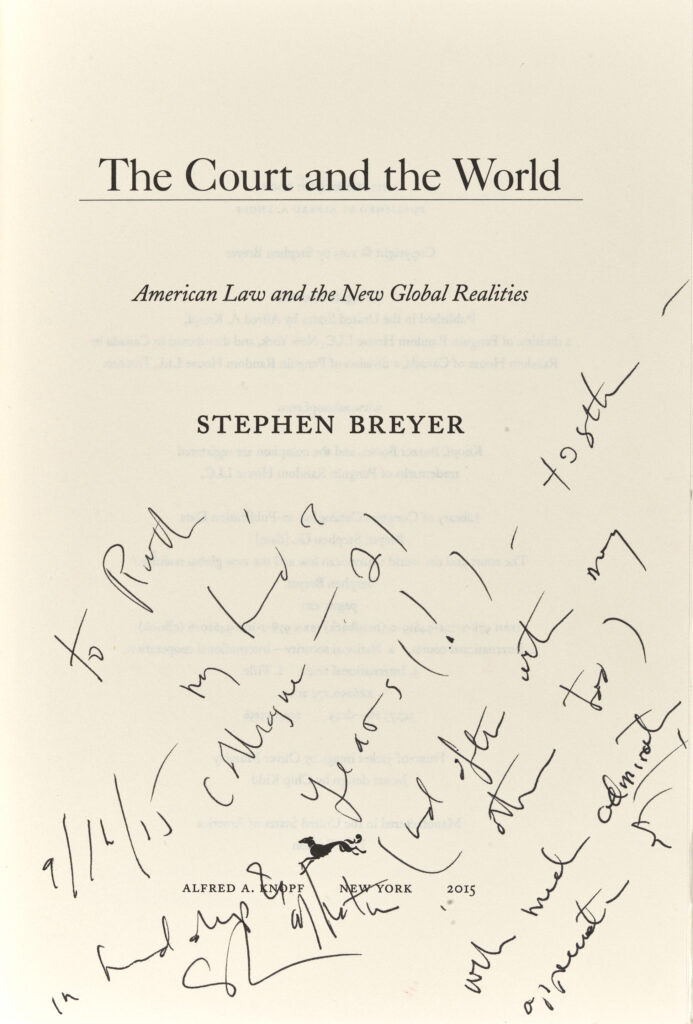 Here is my best effort to transcribe it. I welcome corrections:

To Ruth, my friend and colleague—21 years (!)—together—(and often with many others too). In friendship and affection, SB. With much admiration, appreciation –S.

Truly, this inscription is a window into Breyer's mind. He started writing at a 45-degree angle. He forgot about the date, so he squeezed it in the corner at the end. He actually used an em-dash to represent a pause in his thought. He put an exclamation point in parentheses. There is a parenthetical that makes no sense. Most words are barely legible. Also, the word "friendship" looks a lot like "hardship"–the feeling I felt while reading the transcription. And the Knopf logo almost looks like an inkblot among Breyer's scrawls.

And did he sign the book twice? It appears that Breyer wrote inscriptions at two points in time. When looking at it later, he realized he had to add a date, and perhaps he didn't realize had already signed it. Hence, the two signatures.

I have signed copies of books by Scalia, Breyer, and Thomas. My prized possession is a pocket Constitution signed by Justices Scalia and Thomas. It is proudly displayed in my office.