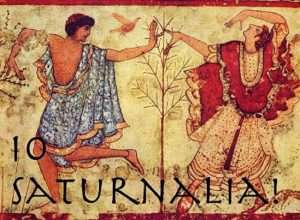 Today is Saturnalia, an ancient Roman holiday with a long tradition here at the Volokh Conspiracy. Admittedly, it's tradition only in so far as I have put up a post about it every December 17 for the last several years. But, by blogosphere standards, that's a truly ancient tradition, indeed!

As is usually the case, we have no shortage of strong candidates for the position of Lord of Misrule.  Plenty of politicians in both major parties qualify.

NOTE: Much of this post is adopted from Saturnalia posts from previous years.