I'm delighted to report that Stephen Halbrook, a leading firearms law litigator and scholar, will be guest-blogging this week about the Second Amendment right to bear arms, and in particular about N.Y. State Rifle & Pistol Ass'n v. Bruen, which is now pending before the Supreme Court. Halbrook has written over 30 law review articles and several books on the Second Amendment and firearms law more broadly, including, most recently, The Right to Bear Arms: A Constitutional Right of the People or a Privilege of the Ruling Class?; those works have been cited in more than 20 court cases and 500 law review articles. 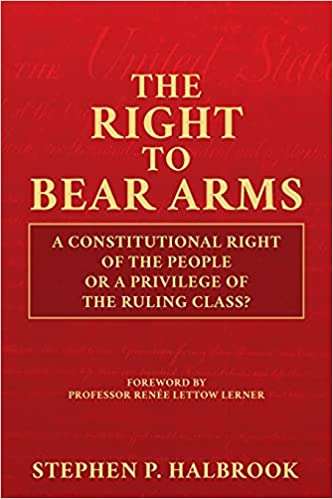 He has also litigated extensively in the field, often representing groups such as the NRA, National African American Gun Association, Western States Sheriffs' Association, Congress of Racial Equality, and more. He has argued before the U.S. Supreme Court in Castillo v. U.S. (2000), Printz v. U.S. (1997), and U.S. v. Thompson/Center Arms Co. (1992), as well as in front of many other courts. I very much look forward to his posts!