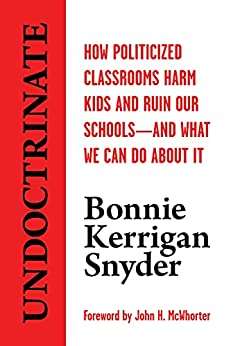 Rising frustration with heavy-handed ideology in K-12 education is quickly spilling over into the legal realm. Parents, teachers, and even an entire school have explored or filed actions, and this trickle of cases could easily swell to a flood — if not a tidal wave. These suits raise an array of questions regarding teacher discretion, employer authority, the protection of minors, parental rights and family autonomy, and contractual obligations.

Simultaneously, legislators have attempted to regulate the concepts that may be taught in schools in more than half the states…so far, which we previously discussed at some length in FIRE's analysis of so-called "divisive concept" bills.

Perhaps the most prominent case, and one of the first, involves a biracial student in Nevada who refused to confess his privilege as directed by his teacher and who, according to the suit filed by his mother, was also instructed to "'unlearn' the basic Judeo-Christian principles she imparted to him" in his public school classroom.

In Illinois, a public school teacher alleges that she was subjected to race-conscious training, policies and curriculum that she alleges violate federal law through "conditioning individuals to see each other's skin color first and foremost, then pitting different racial groups against each other." The complaint claims that the district has used teacher training sessions to segregate and impugn white people, calling them inherently racist and privileged, and has compelled teachers to pass on those lessons to children.

The Supreme Court of Virginia upheld a lower court ruling that ordered the temporary reinstatement of a northern Virginia gym teacher who said he won't refer to transgender students by their preferred pronouns, which he refuses to do citing his religious convictions, as would be required by a new policy. What made the initial suspension particularly troubling was that his comments indicating unwillingness to obey were given at a school board meeting — the exact forum that should be used to discuss school policies. While this action only addressed the teacher's suspension for his public comments, a revised complaint — with additional teachers as plaintiffs — will now move forward to challenge the now-enacted school's policy forcing all of the district's students and staff to to refer to "gender-expansive or transgender" students using whatever gender pronoun is chosen by the student.

A group of parents in Maryland is suing their public school district, on behalf of their minor children, for advocating "a radicalized political agenda disguised as 'social justice' and 'equity'" in an effort to "create social justice activists and cause racial division" among the student body. They object to curricular messaging implying that students must accept the idea that due to their race, they are internally racist, whether conscious or unconscious, and to become an anti-racist, they must zealously pursue this ideology.

Meanwhile, a lawsuit filed in California against the state Department of Education alleges that the state's model ethnic studies curriculum violates the religious clauses of the state constitution, while another suit asserts that teacher training in San Diego amounts to unlawful racial discrimination. Educators in Missouri have also filed a case making similar allegations about training they are required to undergo.

We've seen conscience-based resignations by educators unwilling to participate in heavily ideological programming, in both private and public institutions. There's the predictable backlash to statewide legislative action from some teachers, while some subject-based organizations — such as in social studies — have opposed so-called anti-CRT bills on the grounds that they transgress their pedagogical prerogatives. Even though, as we have explained, when it comes to elementary and secondary education, states do have the authority to set the curriculum since teacher speech in a public classroom is considered an extension of government speech. But just because you can do something doesn't mean you necessarily should. After all, banning something often has the unintended effect of making the banned thing more desirable — a frequent byproduct of heavy-handed censorship.

Because K-12 decisions often lead to higher education ramifications, FIRE is paying attention to these cases and awaiting their outcomes. It's easy to imagine that we will one day look back on this era of K-12 litigation as a momentous and groundsetting one in education law.