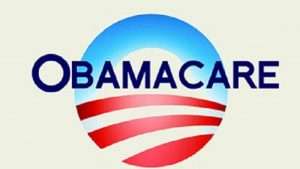 In today's 7-2 ruling in California v. Texas, the Supreme Court turned back yet another legal challenge to the Affordable Care Act. I will have much more to say about this case later. For now, I will offer a just a few brief observations.

This case arose because, in December 2017, the GOP-controlled Congress passed a tax reform law that zeroed out the monetary penalty attached to the Obamacare health insurance mandate. But they did not repeal the mandate itself.

In  NFIB v. Sebelius (2012) the Court narrowly rejected a previous challenge to the constitutionality of the mandate. But Chief Justice John Roberts' controlling opinion for the Court only reached this conclusion by reinterpreting the mandate as a tax.

After the 2017 tax reform bill eliminated the  penalty, twenty red states filed a lawsuit arguing that what's left of the mandate was no longer constitutional, because it could not be a tax if it doesn't raise any revenue. More importantly, they also contended that the rest of Obamacare must fall with the mandate, because the latter is such an important part of the statute that it cannot be "severed" from it. The case eventually reached the Supreme Court after a Fifth Circuit ruling that cast serious doubt on the plaintiff states' severability theory, but did not categorically reject it.

Today's result was expected based on the serious flaws in the plaintiff states' case, and the oral argument in November, which strongly suggested a majority of justices were opposed to the plaintiffs' positions on key issues. What most observers (myself included) did not expect was that the states would lose based on standing. I thought that outcome was possible, but considerably less likely than a defeat on the merits. But lose on standing they did! It's yet another example of how expert predictions on Obamacare litigation have often been wrong.

I agree with much of what co-blogger Jonathan Adler has to say about the standing ruling, but not on the bottom line. Unlike Jonathan, I believe the states did have standing (even though they were largely wrong on the merits). That said, I have to admit today's ruling is consistent with the growing trend of Supreme Court decisions limiting state standing to challenge federal policies or those of other states.

Notable recent examples include Trump v. New York, the case where a group of state and local governments challenged the Trump administration's policy of excluding undocumented immigrants from congressional apportionment counts, and – of course –  Texas v. Pennsylvania, the red state lawsuit challenging the result of the 2020 election.

I am no fan of restrictive standing rules, and I think the plaintiffs likely should have been granted standing in all three of these cases (even though I oppose their positions on the merits in two of them). But today's result is consistent with previous precedent.

Along the same lines, it is also notable that, in this case, as in Trump v. New York and Texas v. Pennsylvania, the Court didn't even bother to consider the doctrine of "special solicitude" for state standing, under the Supreme Court's 2007 decision in Massachusetts v. EPA. None of the opinions even mentioned special solicitude, though Justice Alito does briefly cite Massachusetts v. EPA in his dissent. If "special solicitude" doesn't apply to this case or has been gotten rid of entirely, it would be nice for the Court to explain why. But I have complained about this before, and it seems clear the justices don't care enough to deal with it. Perhaps no one else does either.

Today's standing ruling rightly rejected a highly dubious lawsuit. But, as I see it, the Court did so for a problematic reason. A decision rejecting the severability argument on the merits would have been preferable.

But while today's the decision does not address directly the merits of the case, much of what the majority says about standing also implies that the plaintiff states are wrong to argue that the what's left of the individual health insurance cannot be severed from the rest of Obamacare. If, as the majority emphasizes, the now-toothless mandate has virtually no impact, and other provisions of the law can continue to operate independently of it, that makes it very difficult to argue that the post-2017 version of the mandate is an essential element of the ACA as a whole.

However, today's ruling may not completely put an end to the severability challenge to Obamacare. While the Court rejected the plaintiffs' main standing theories, the justices refused to consider the argument that the plaintiff states can get standing by arguing that the real harm they suffer is that caused by other provisions of the ACA that are inseverable from the mandate. This theory was not raised by the states until very late in the litigation; so the Court declined to consider it. Potentially, the plaintiff states cold file a new case raising this theory from the outset.

But while this avenue is potentially available, much of the Court's reasoning casts serious doubt on it. If, as the Court emphasizes, the now-toothless mandate has little or no practical effect, it is hard to argue that it is inseverable from the rest of the law, or that it meaningfully causes the injuries inflicted on the states by other parts of the ACA. Moreover, the oral argument revealed that a majority of the justices are likely reject the severability argument on the merits. Thus, I am far from certain the plaintiff states will try to pursue this issue. If they do try, it is unlikely they will have much chance of success.

I will likely have more to say about these issues later today. Stay tuned!

UPDATE: The Washington Post has published my op ed about the case here.